Welcome to New Yawk baby! Watcha twaking bout? (You should read that in the Godfather voice, just FYI.)

Who wouldn’t want to go to New York? Seriously, though, if you come across a weirdo that doesn’t, send them this post.

Time for what? You may ask.

“Ooh……. New York. Ooh……. New York. Grew up in a town that is famous as a place of movie scenes. Noise is always loud, there are sirens all around, and the streets are mean”. 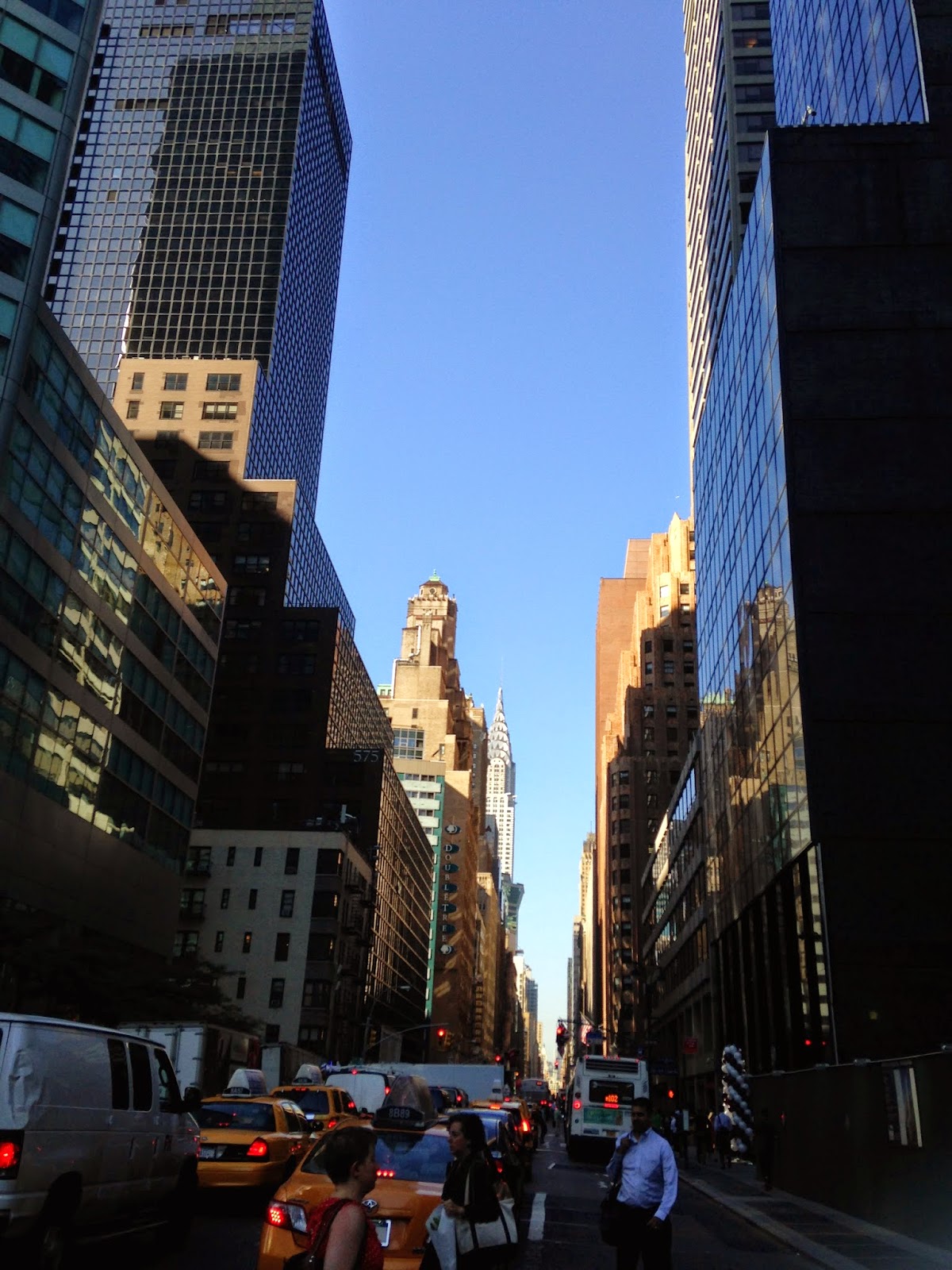 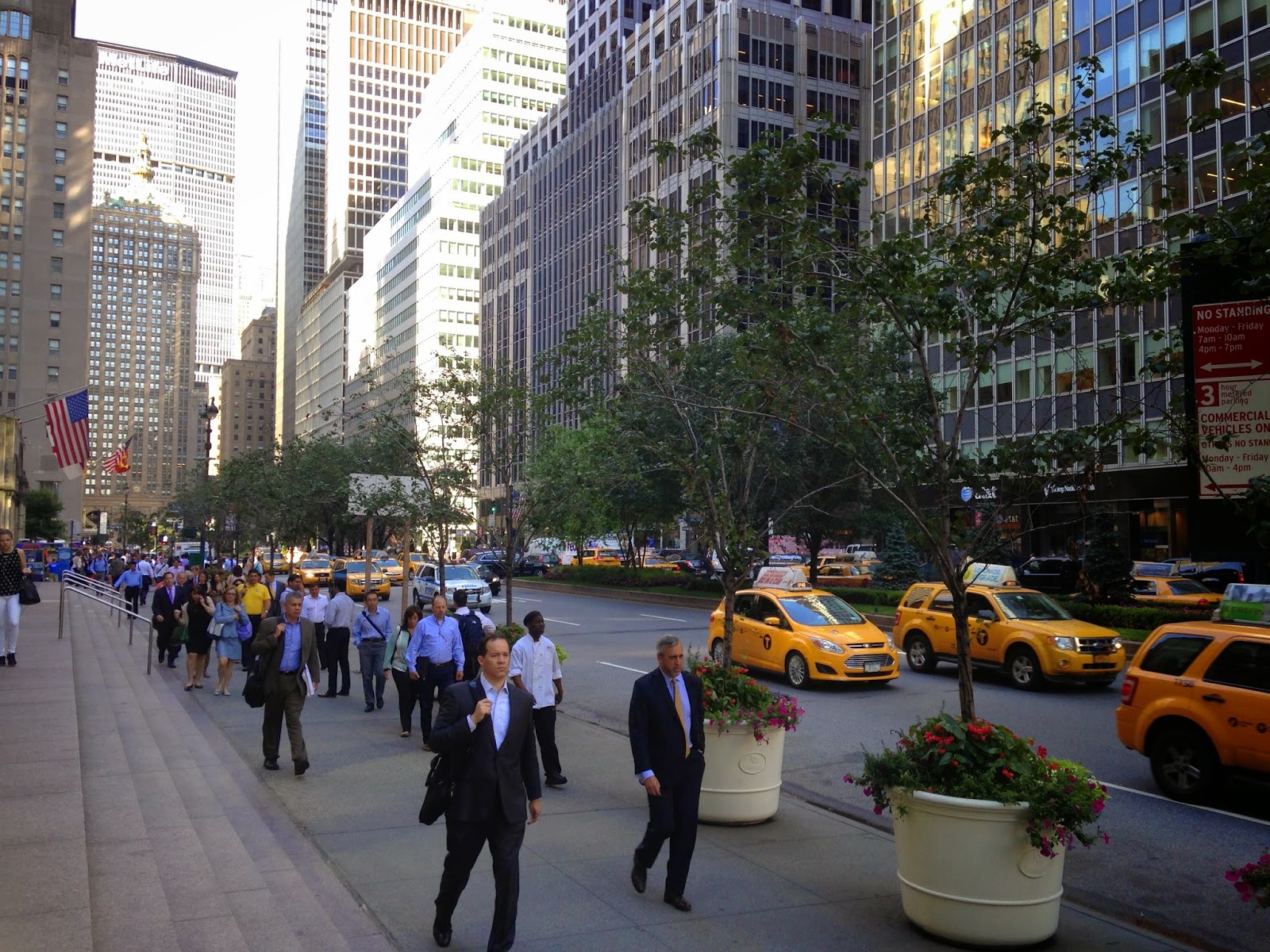 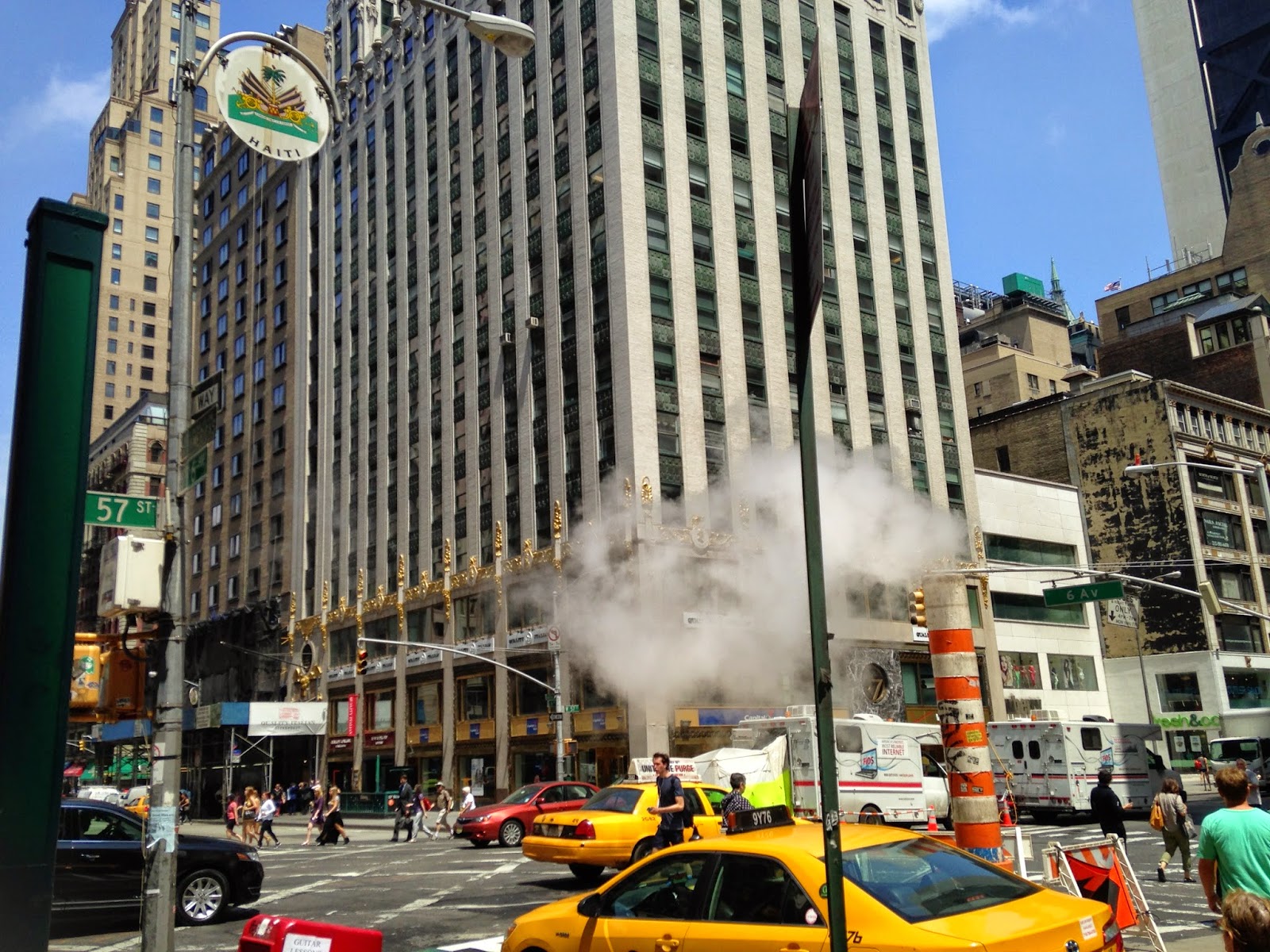 “If I can make it here, I can make it anywhere, that’s what they say. Seeing my face in lights or my name on marquees found down on Broadway”.

Alright, I’ll stop pretending that I’m crawling all over the karaoke, whilst, forcing you to sing – before you take the microphone off me. 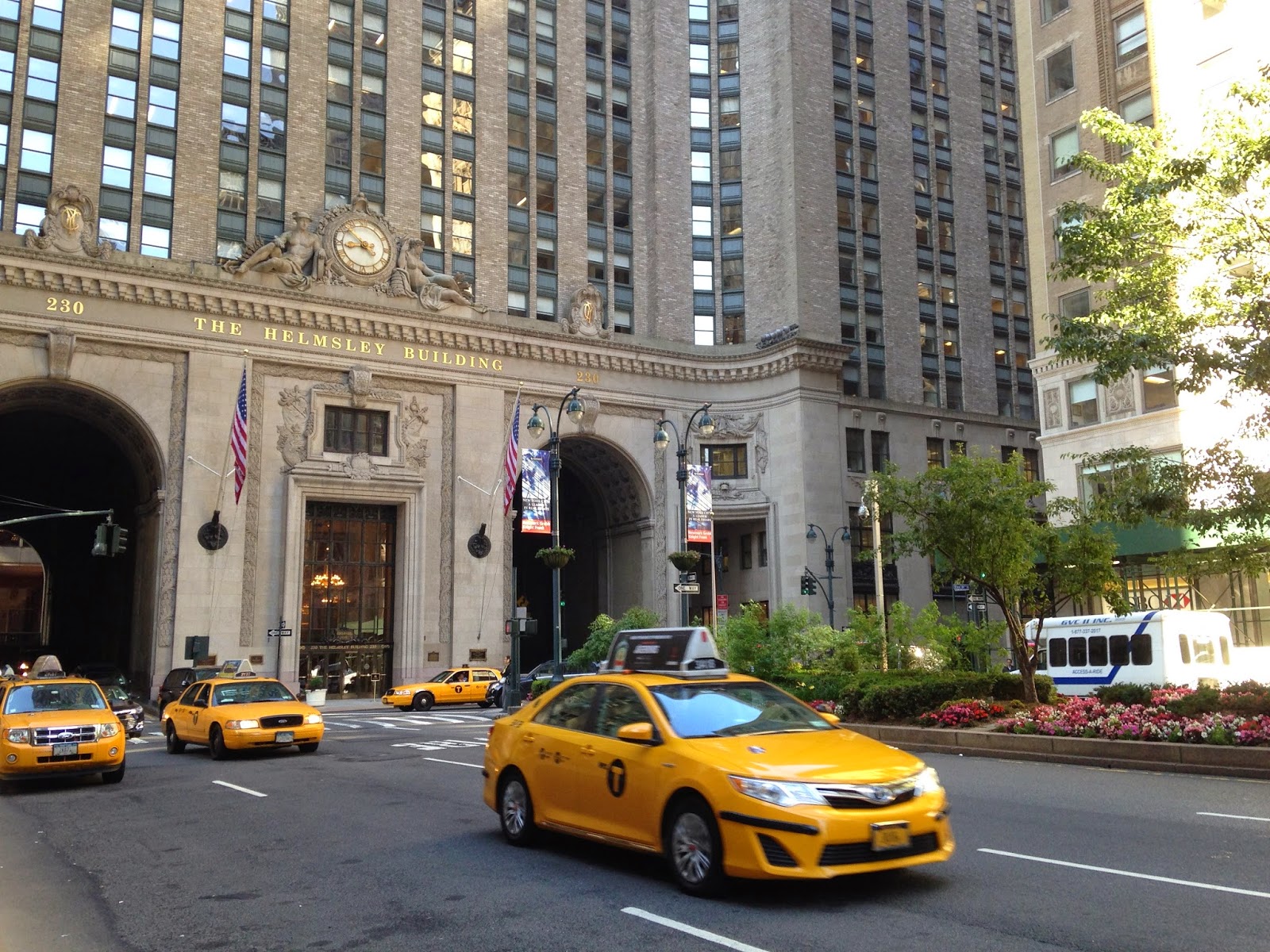 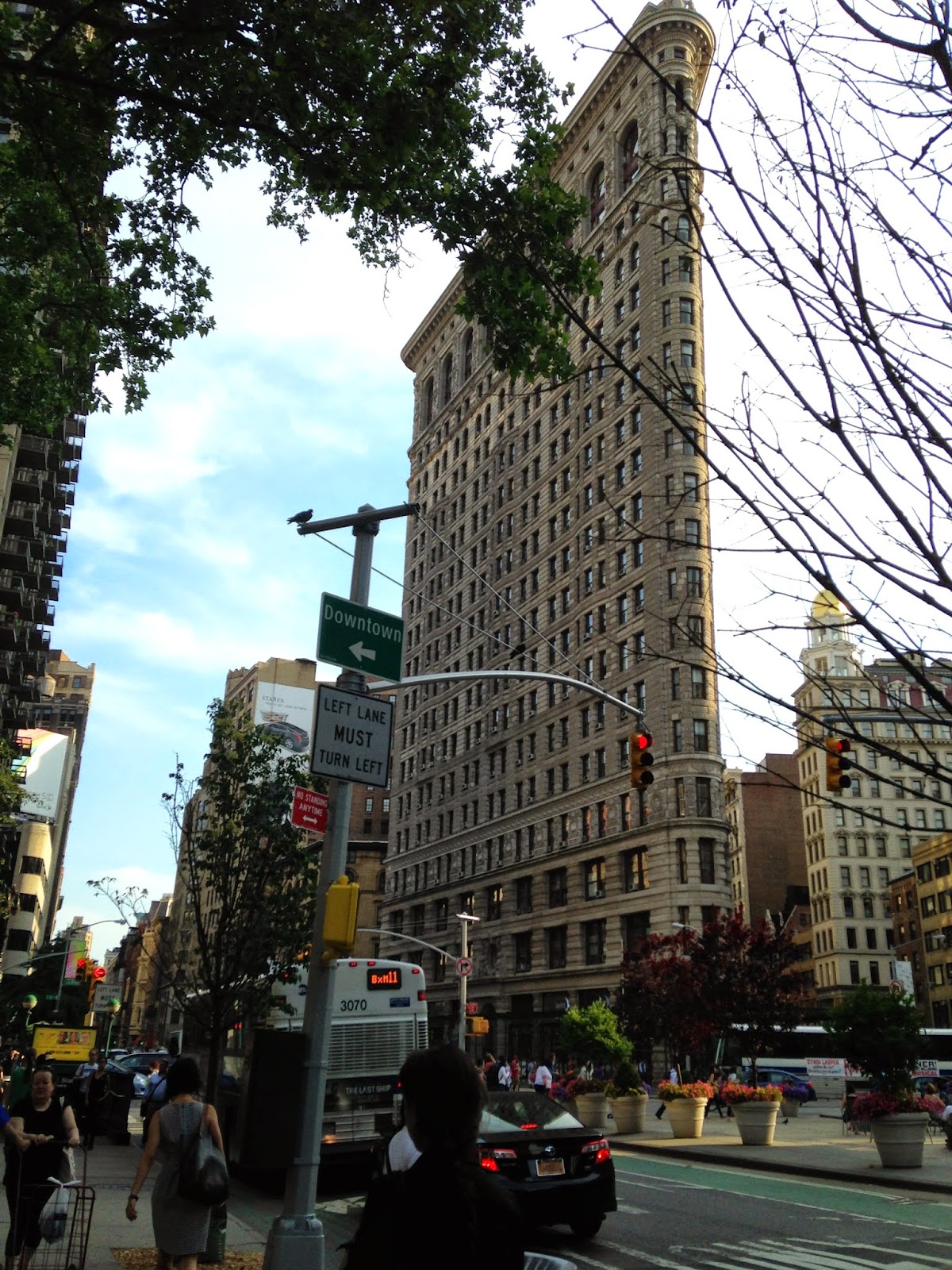 At JFK airport, we discussed whether our booked Airbnb could potentially be a catfish. Like a Tinder date, we prayed that our match looked like the advertised photos. We (‘like totally’) wanted the New York apartment experience, but we had one hurdle.

I got stopped by the Mr Border Control man. I thought to myself, “Oh s**t, what have I done?”. He said, “Mam, I’m going to need to seize your apple”. (He desperately tried to keep a straight face).

Yes, that’s right. I had my apple seized, in the Big Apple.

While the others wet themselves, I managed to wriggle myself in. 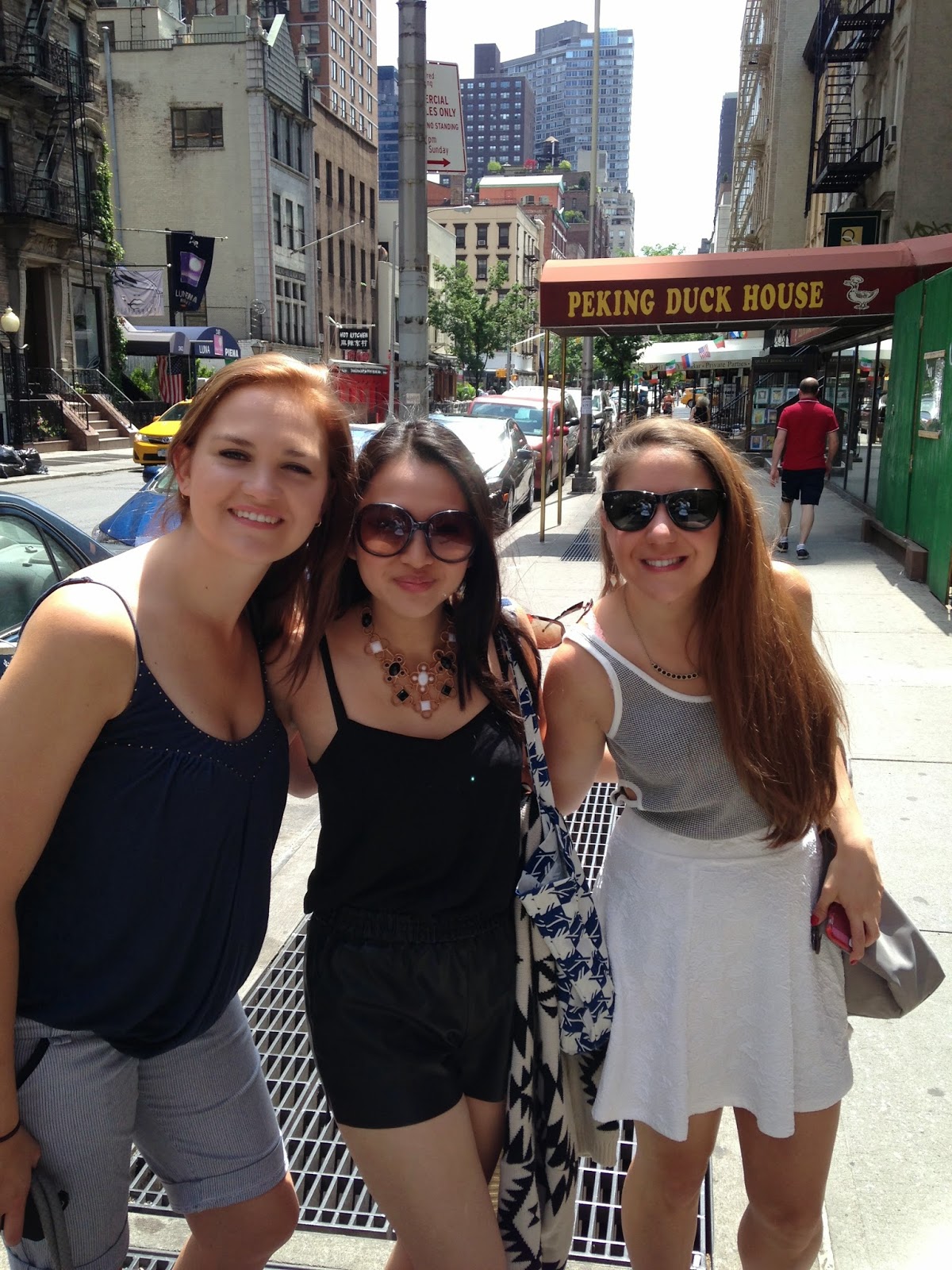 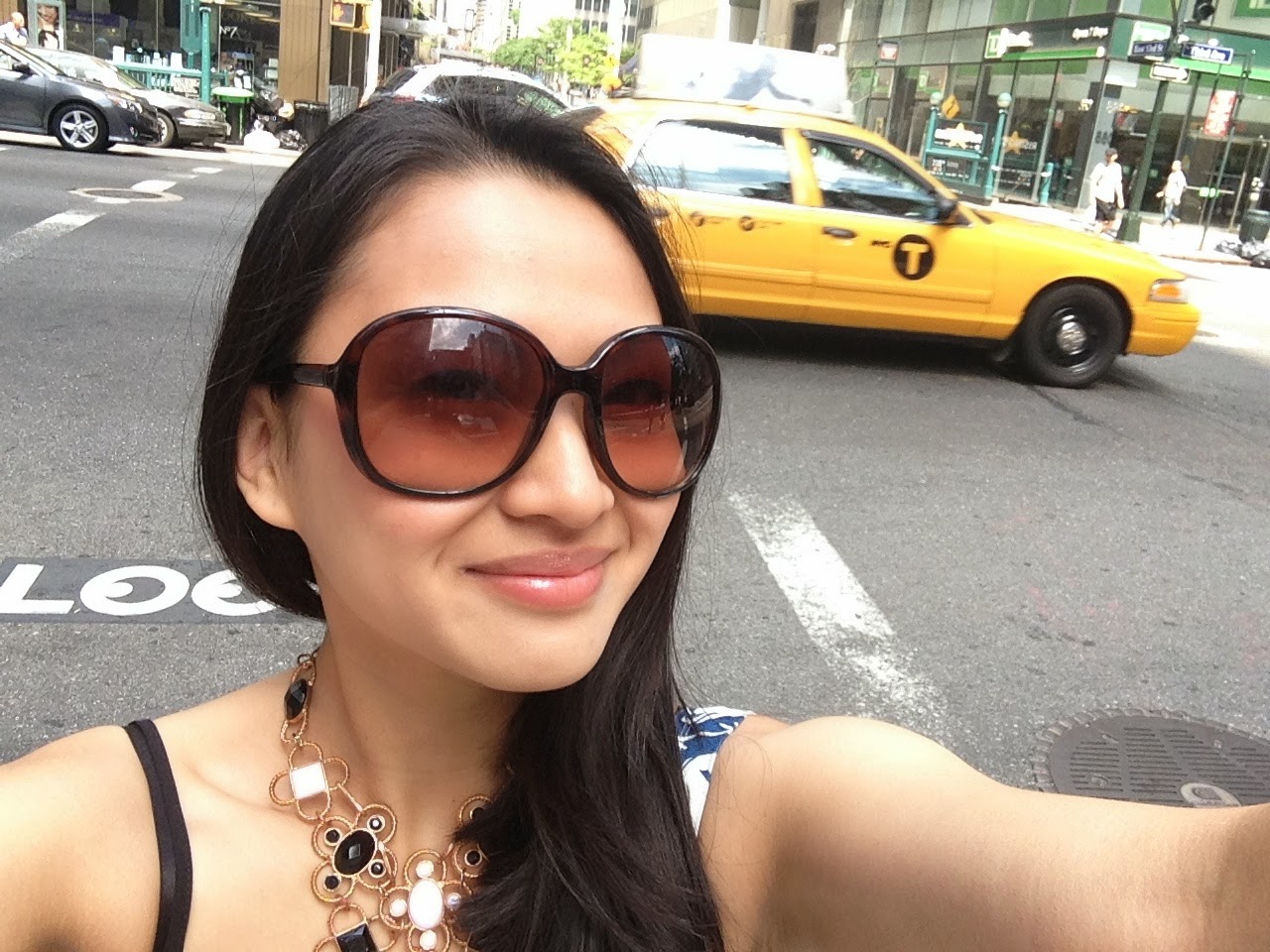 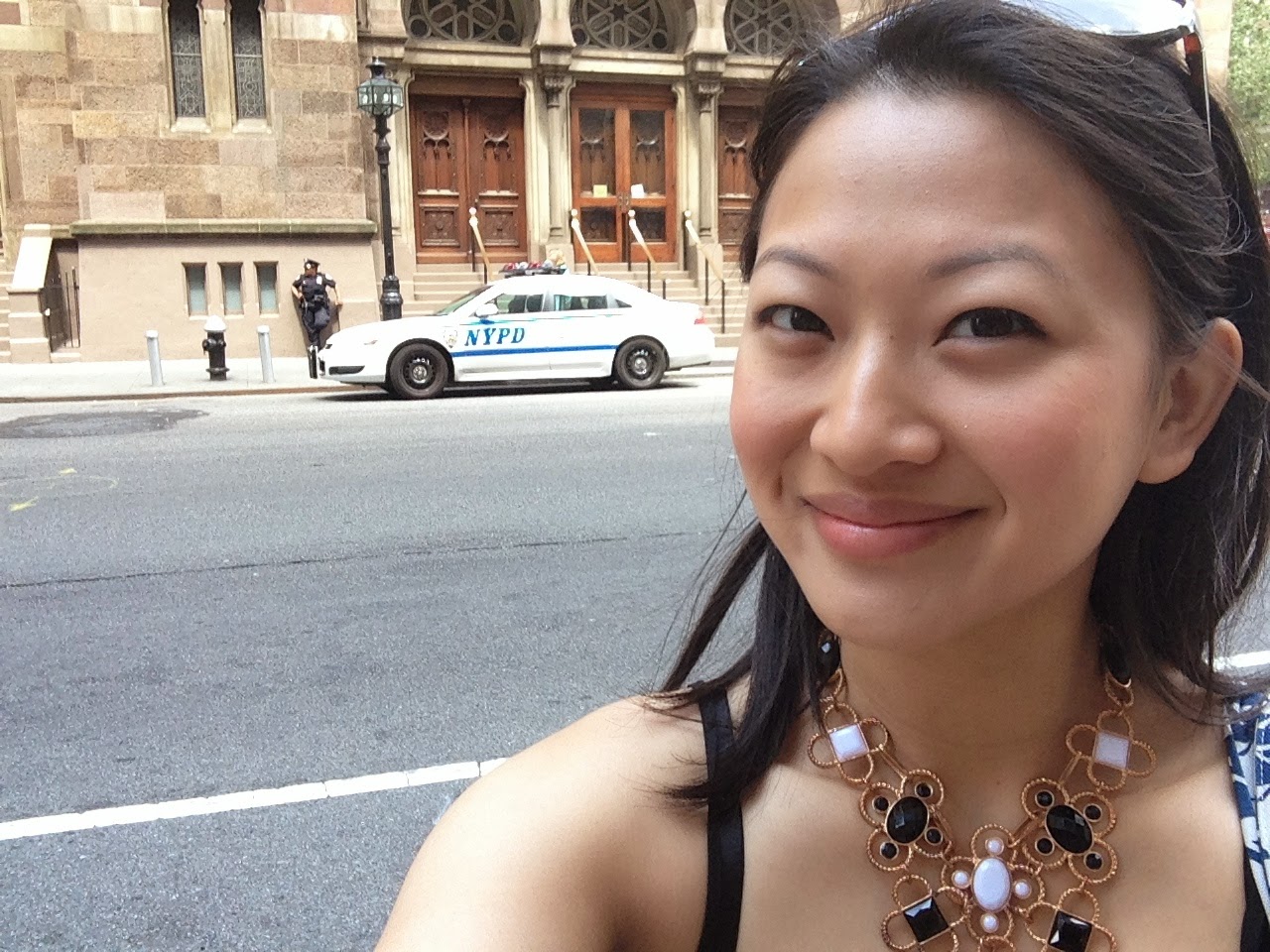 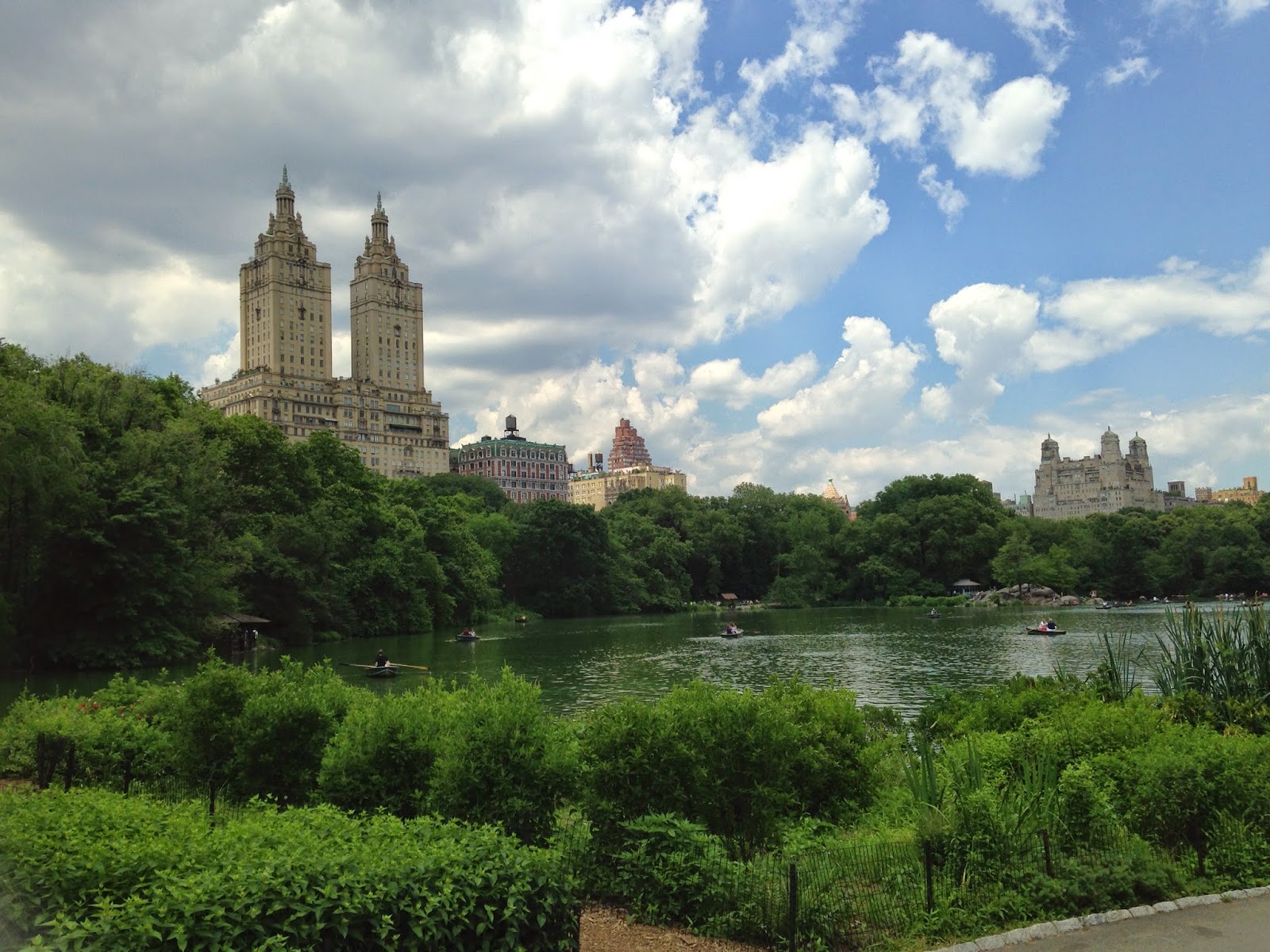 And while you’re at it.

2. Head to Washington Park. Unfortunately, it’s not home to the F.R.I.E.N.D.S fountain, but lots of people (like me) hop into it and pretend it is anyway!

3. Ah, the Empire State Building. Try imagining New York City’s skyline without its towering spire. Our New Yorker buddies showed us the ropes and ushered us up to a rooftop bar for epic views. You know all those movies you’ve seen set in New York? You’ll end up pointing at everything saying, ‘ahh, I saw that’ and ‘ahh, and that one’. 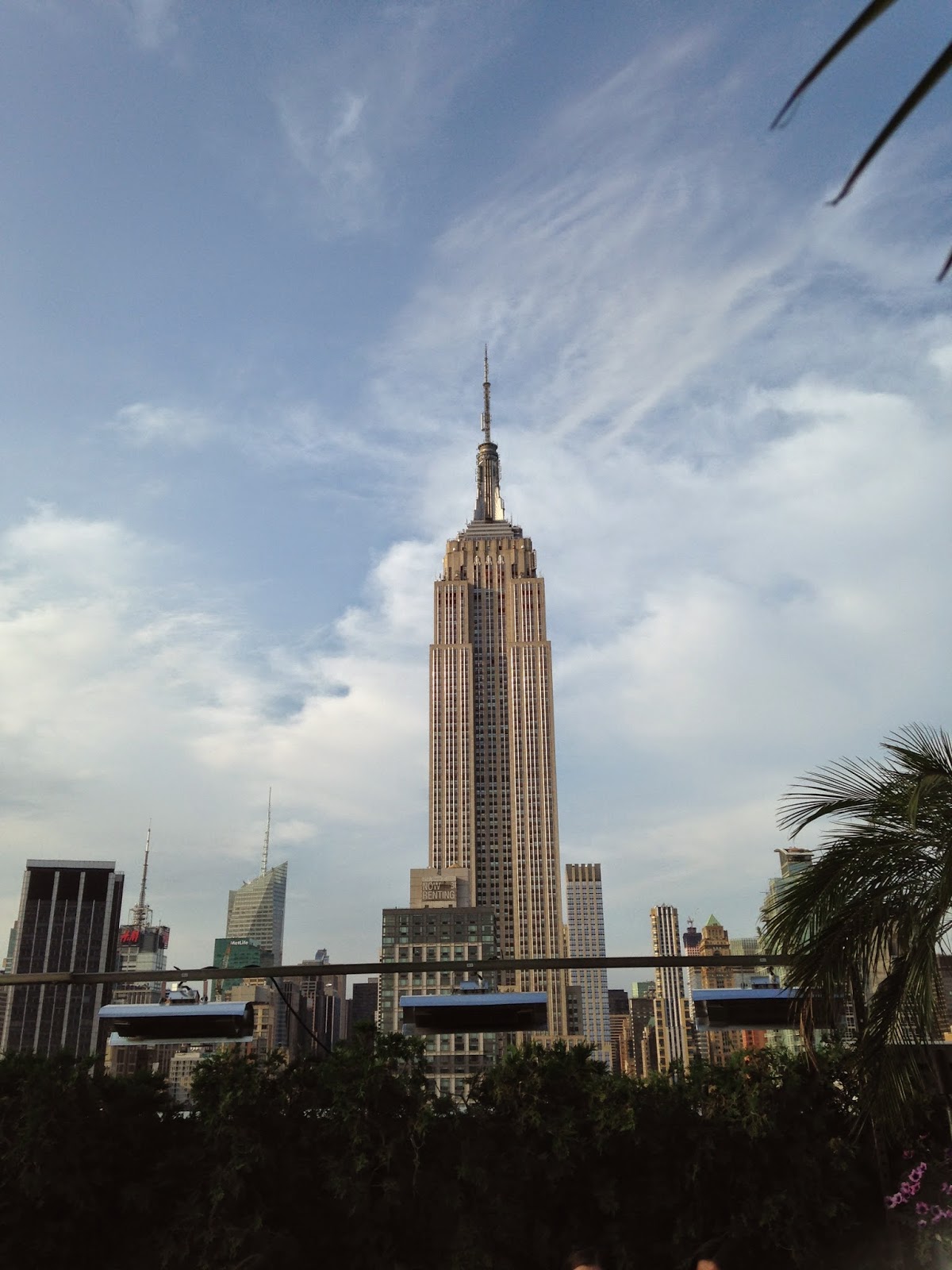 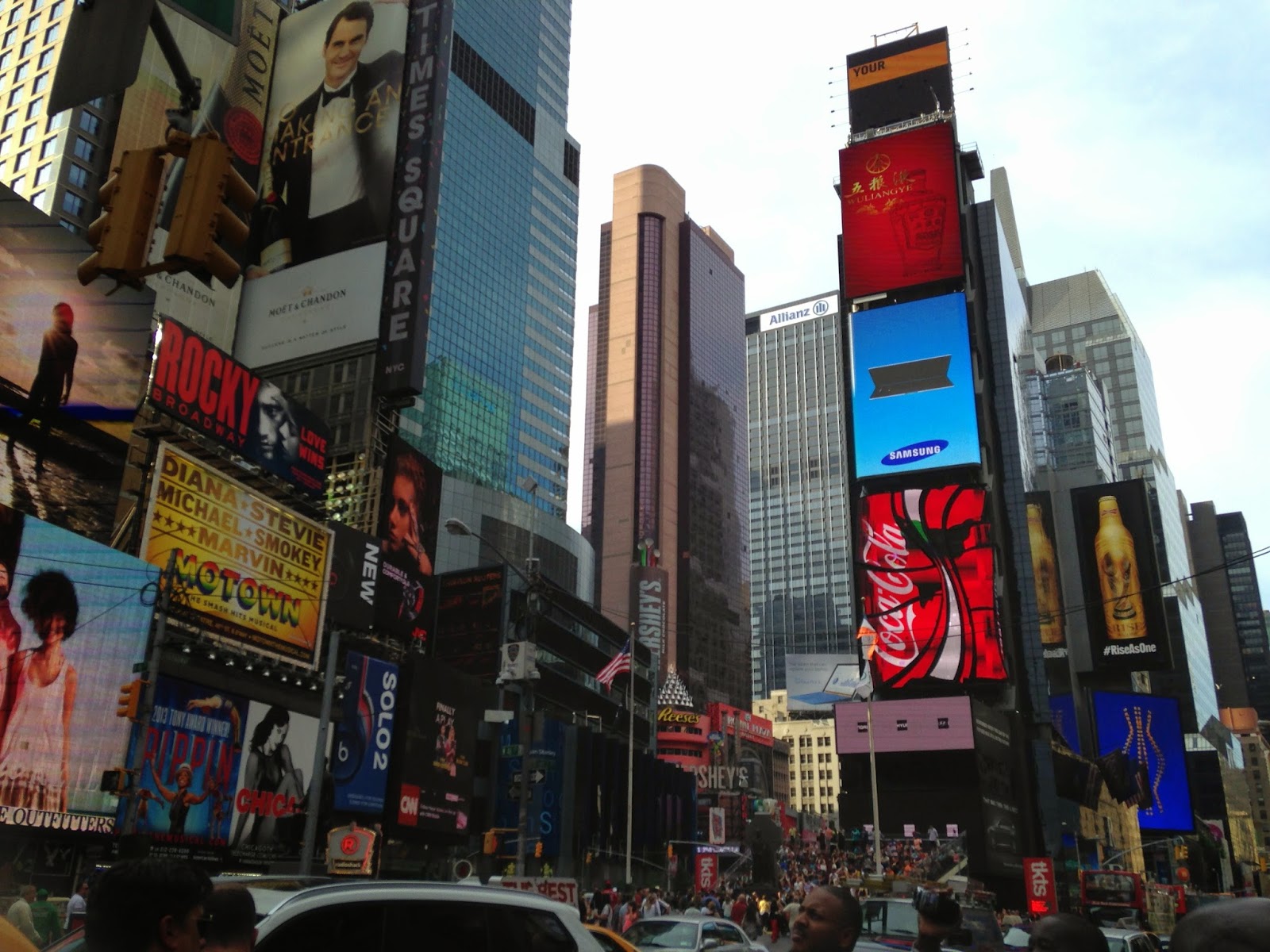 5. Wall Street is a pretty cool spot to check out. Have a stare off with the bull and then walk to Wall Street to see where bankers destroyed the economy. Try and go on the weekend or during work hours to avoid the wolves – who come out to play. 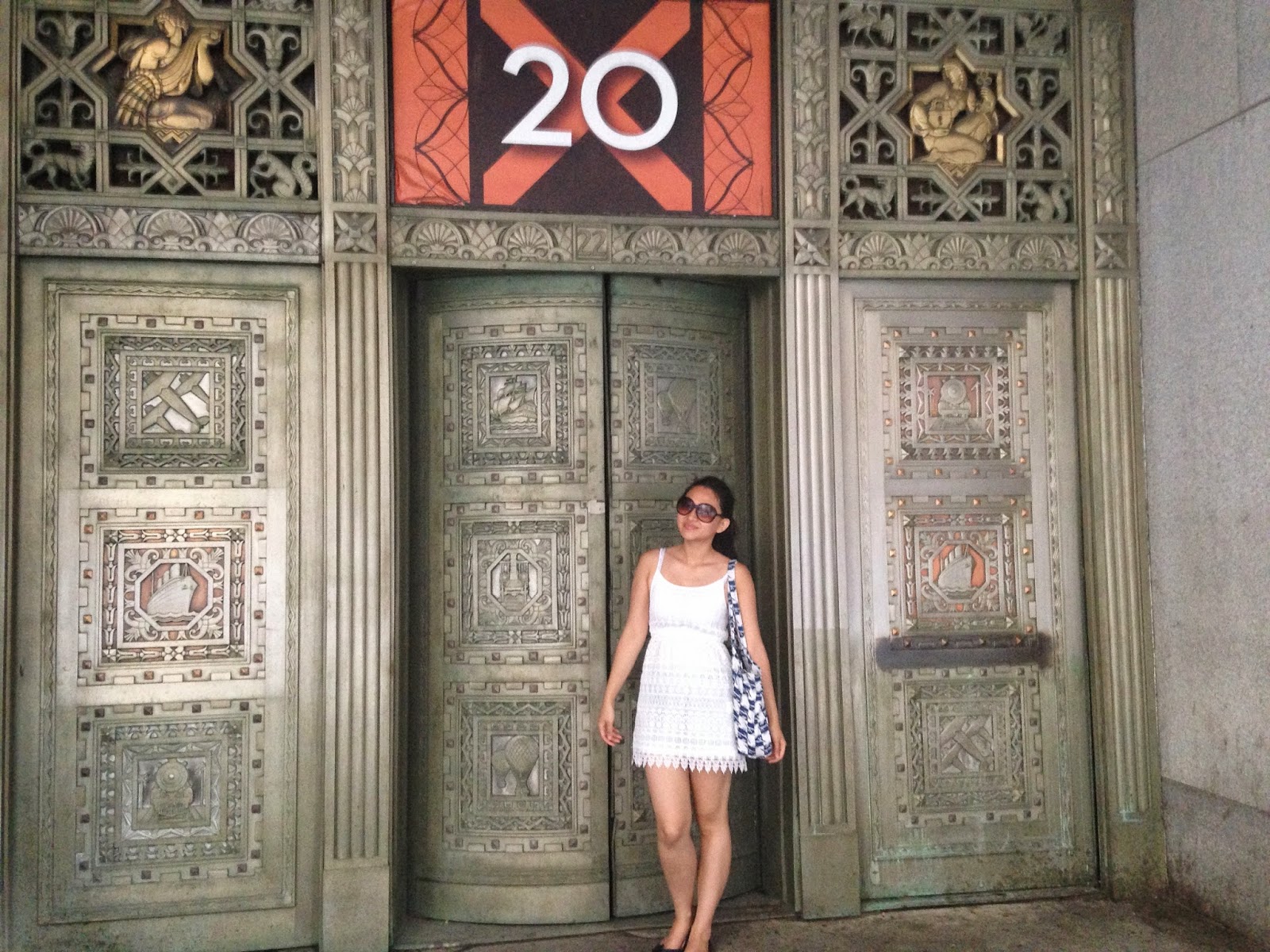 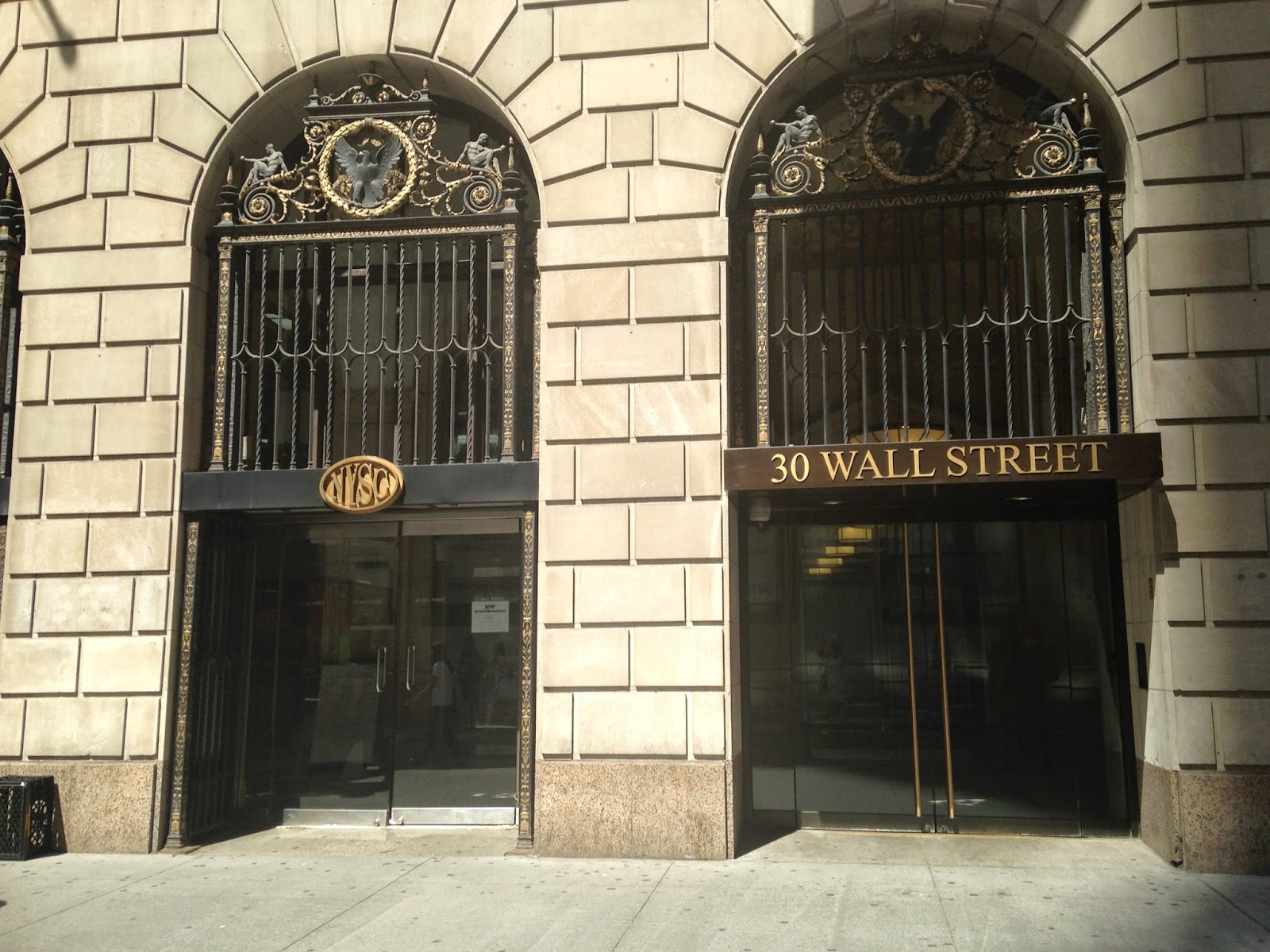 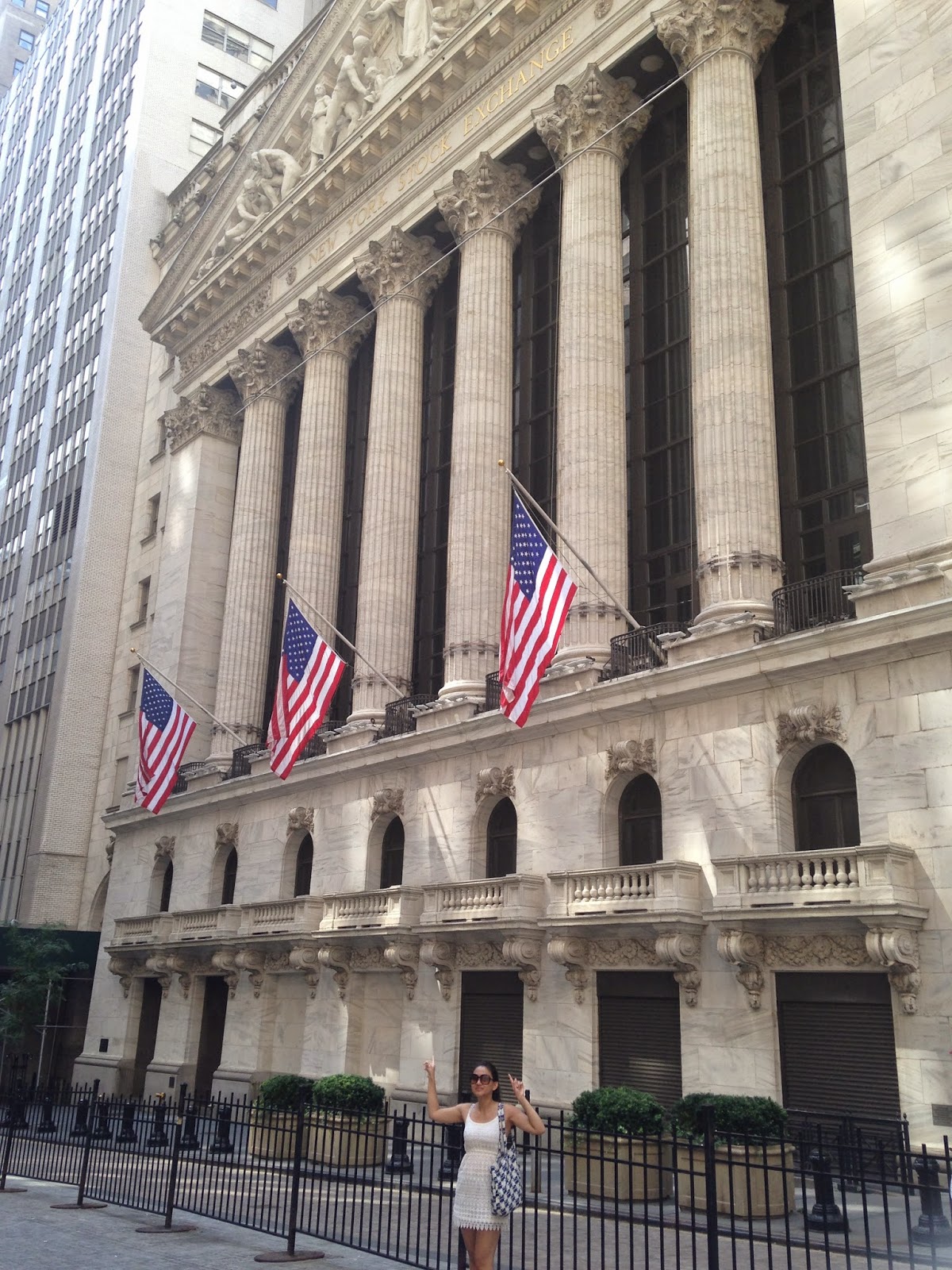 6. There’s City Hall for if you decided you wanted to get married. 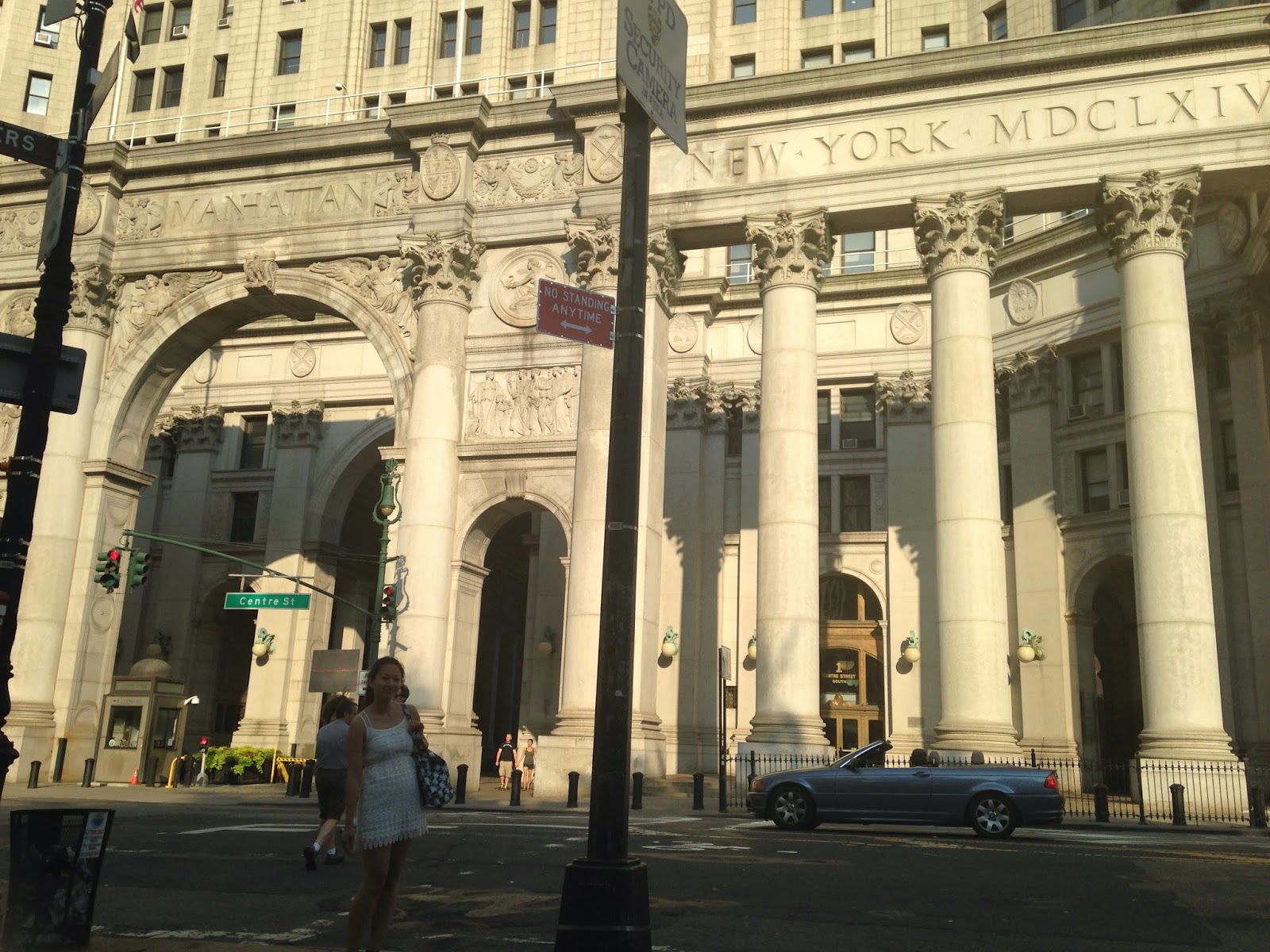 7. On a hot day, a stroll on The Highline is actively encouraged. It’s a mile long walkway built up high on the old New York Central Railroad. And don’t forget to stop for some gelato along the way! 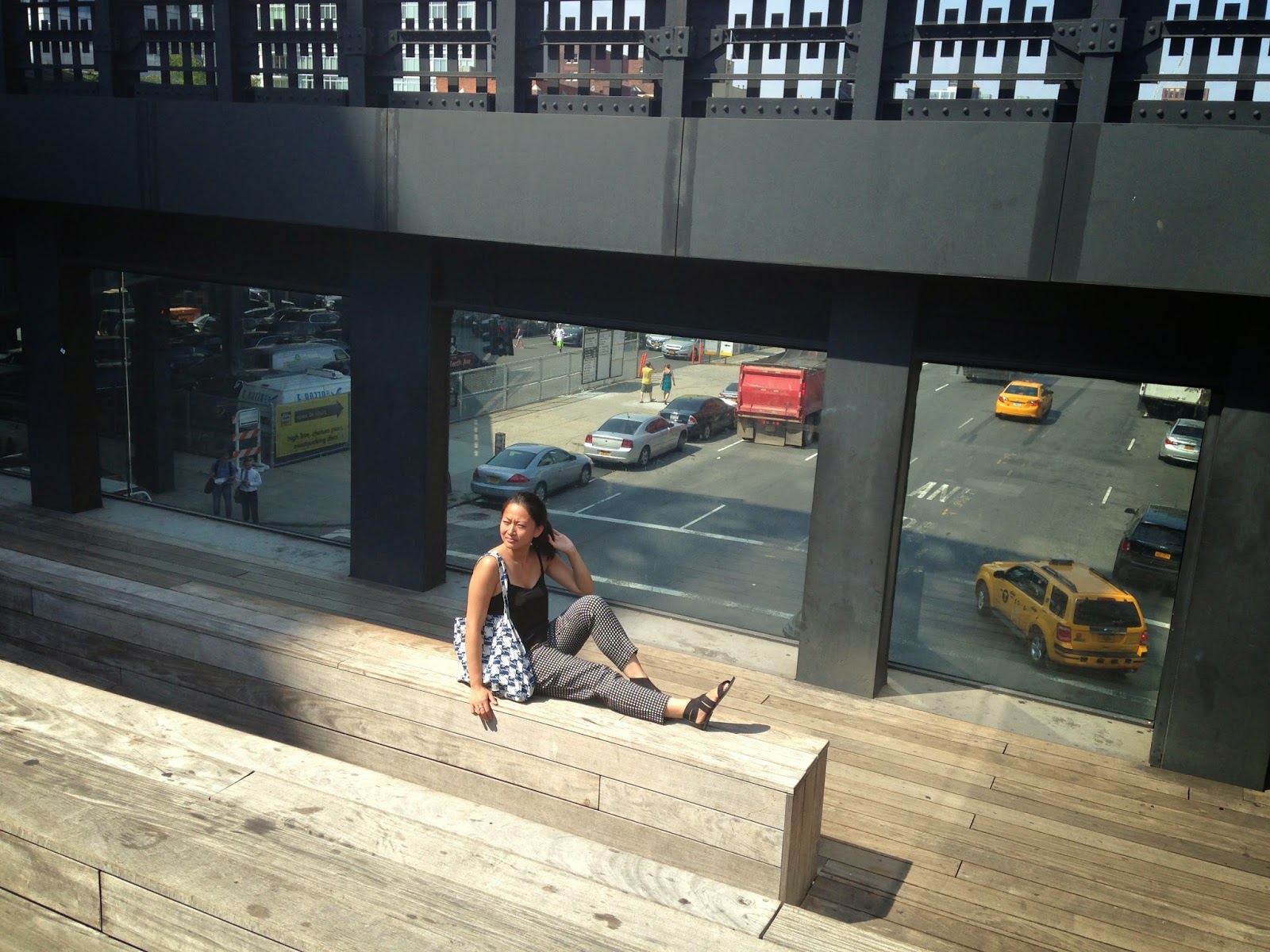 8. Brooklyn Bridge is a must. Head to this romantic, iconic suspension bridge for the ridiculous views. 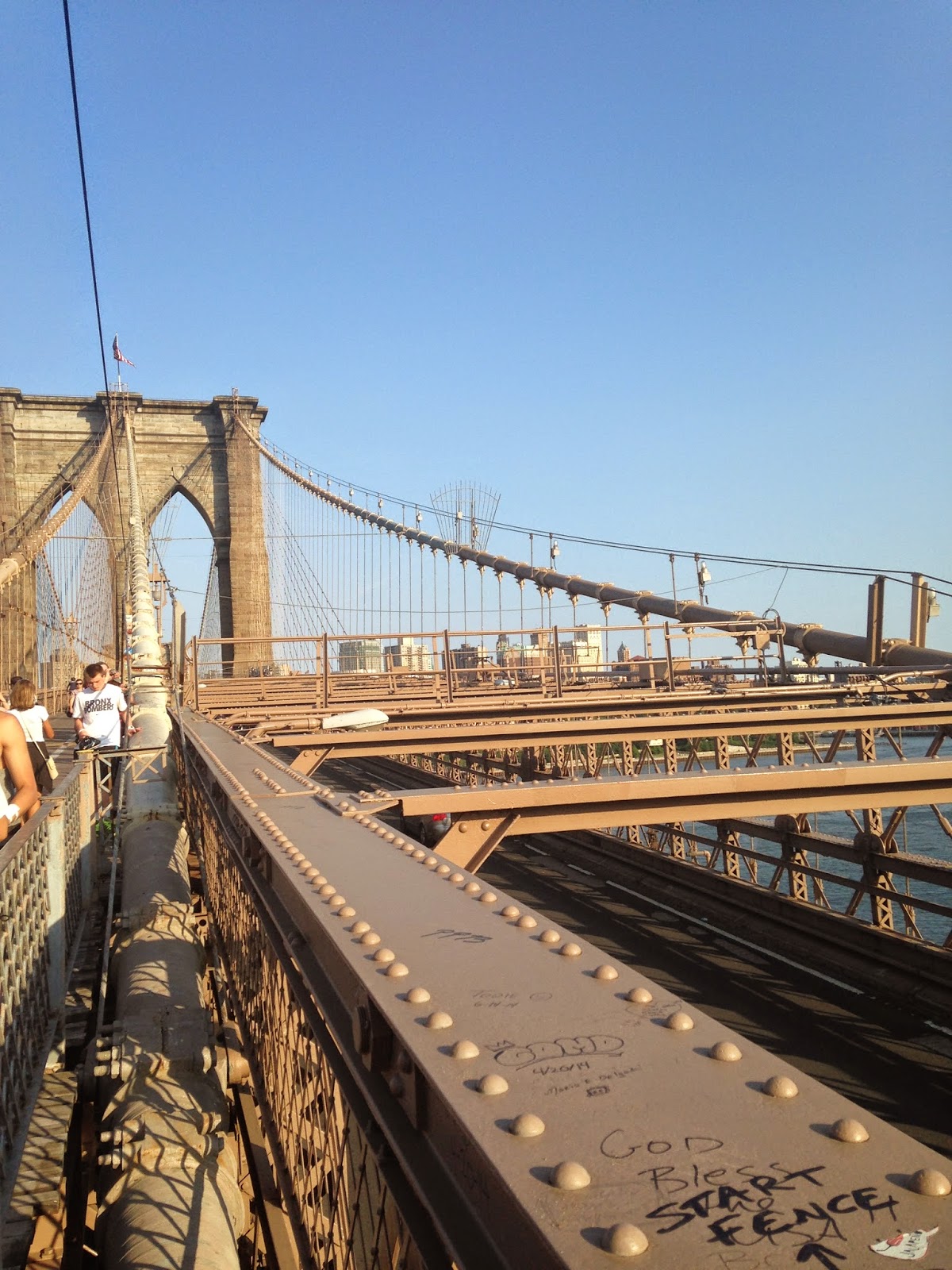 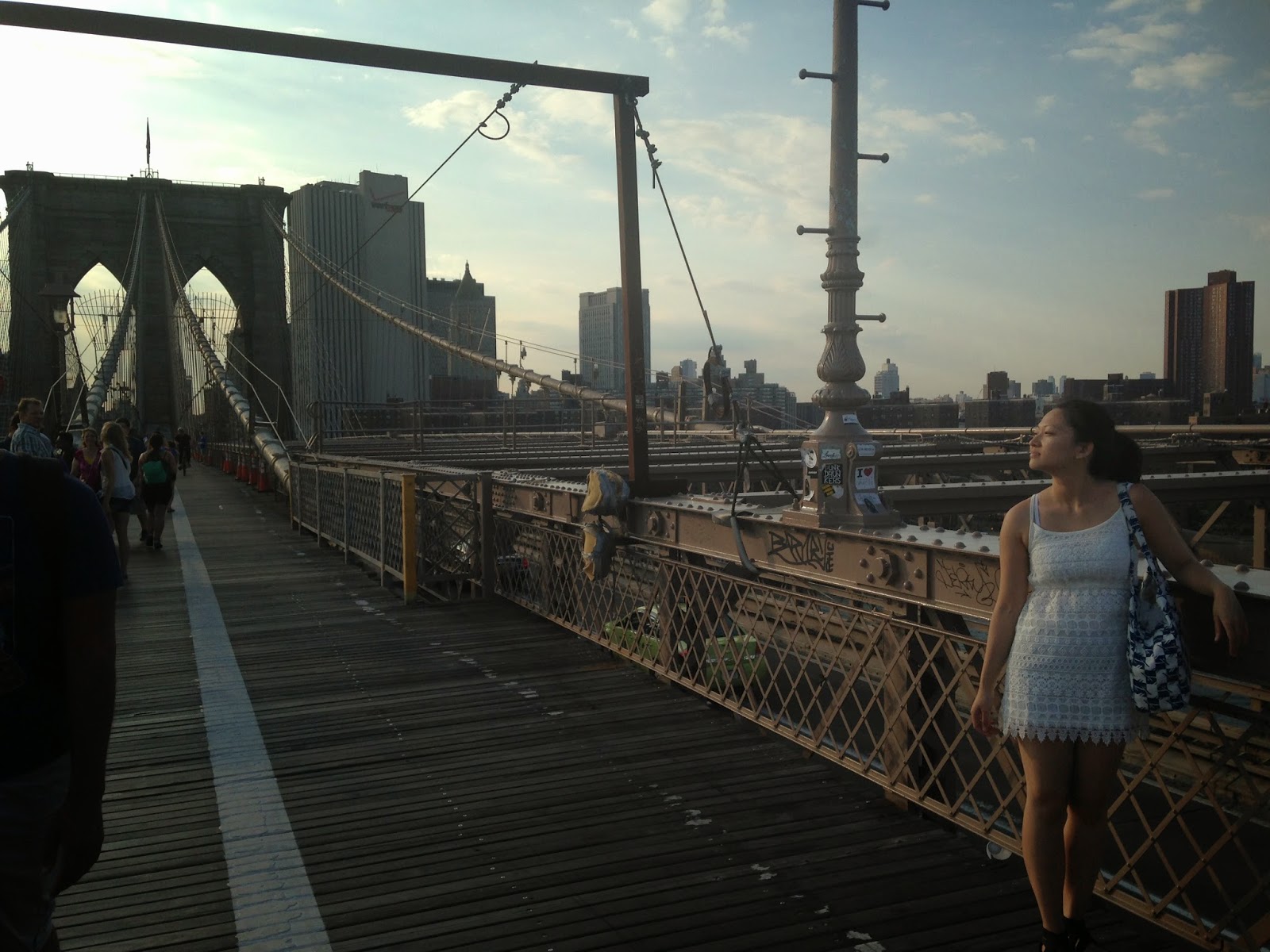 9. Don’t forget to meet The Statue of Liberty. She’s really friendly and kindly let me poke her torch. 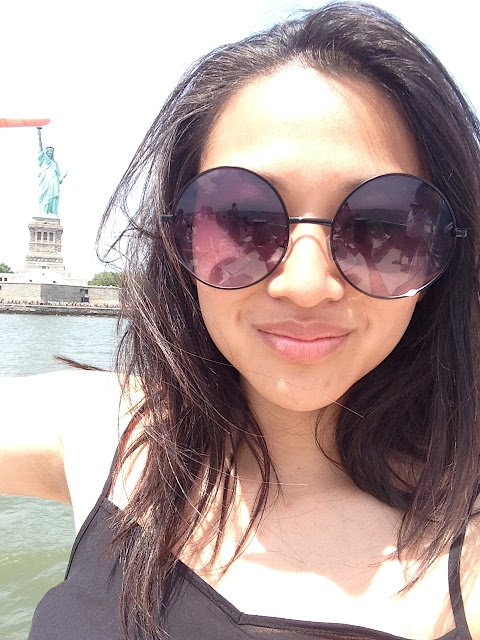 10. We paid our respects to The World Trade Centre. Send your love at the two memorial fountains – in memory of a dark tragedy in New York’s history. 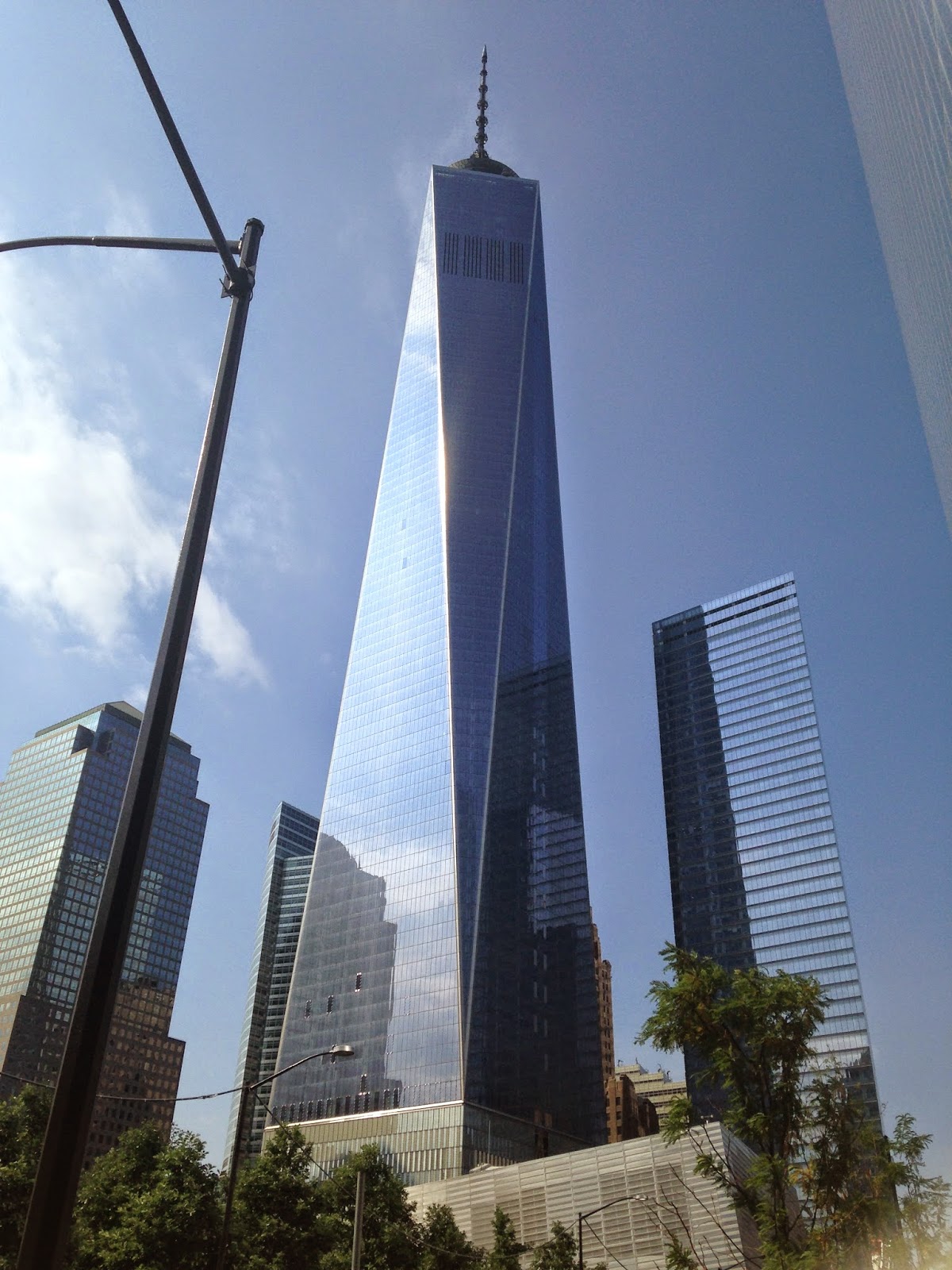 We had a friend who let us sneak into the top of a new building.

The view is just, breathtaking. 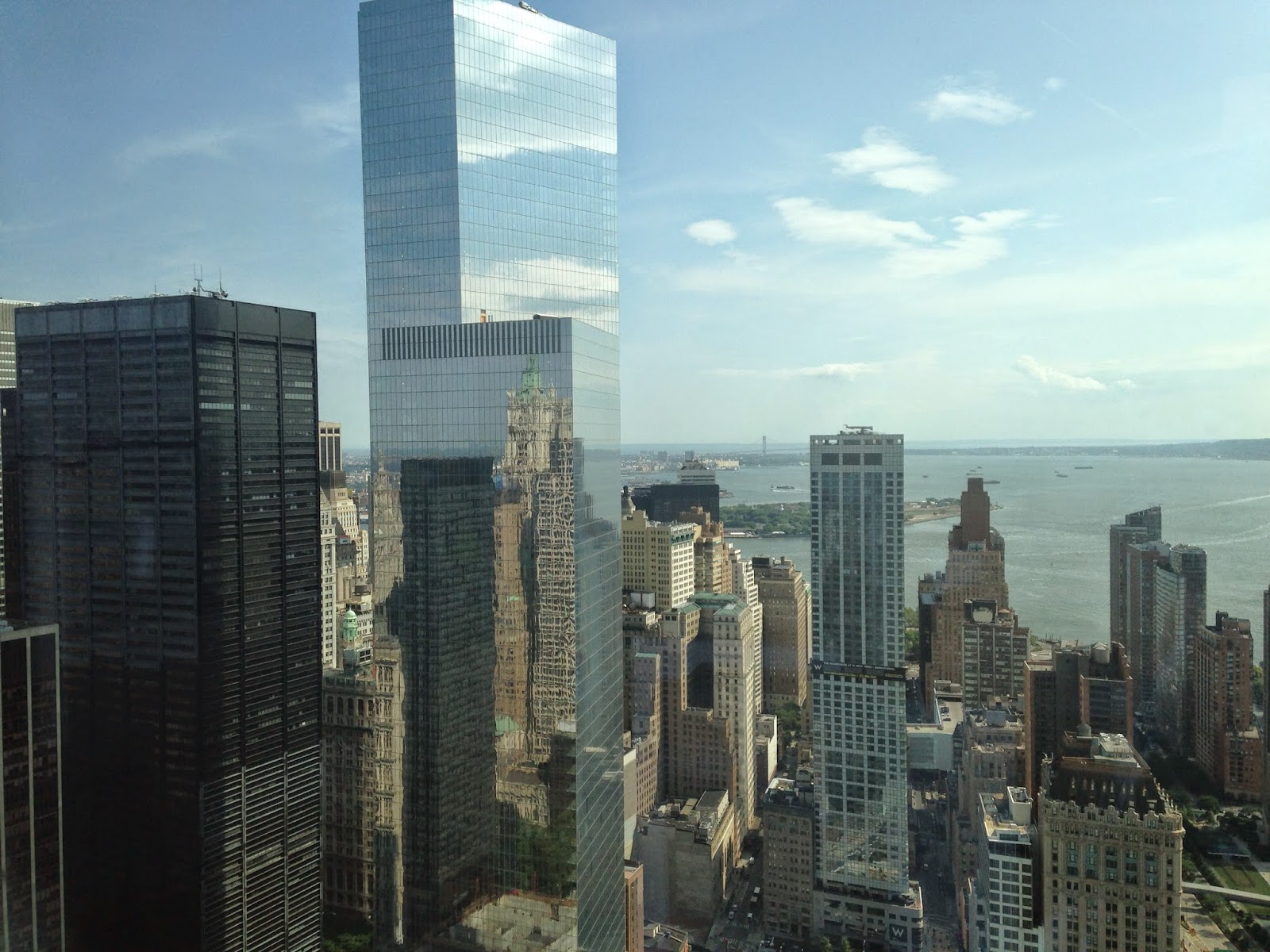 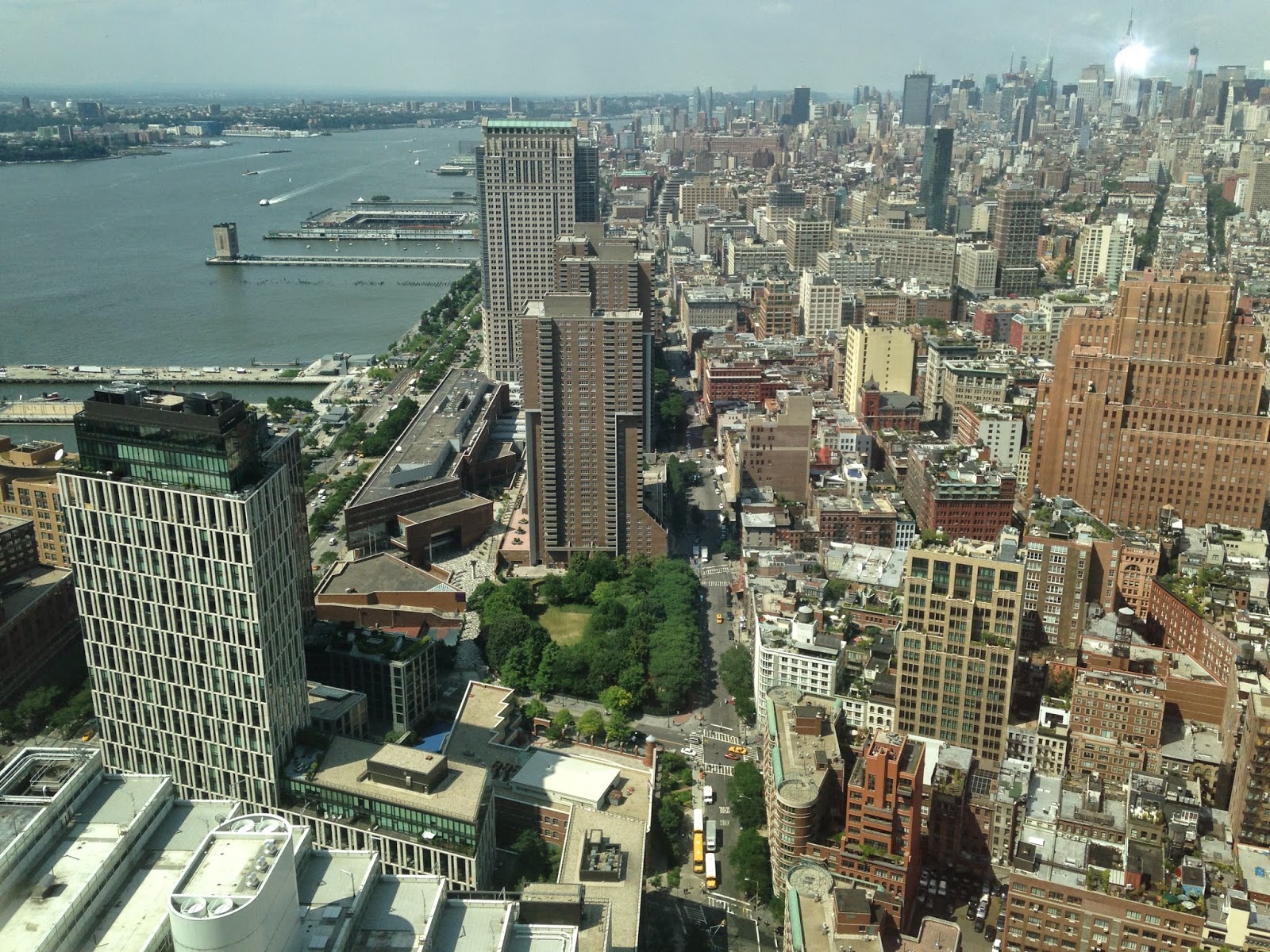 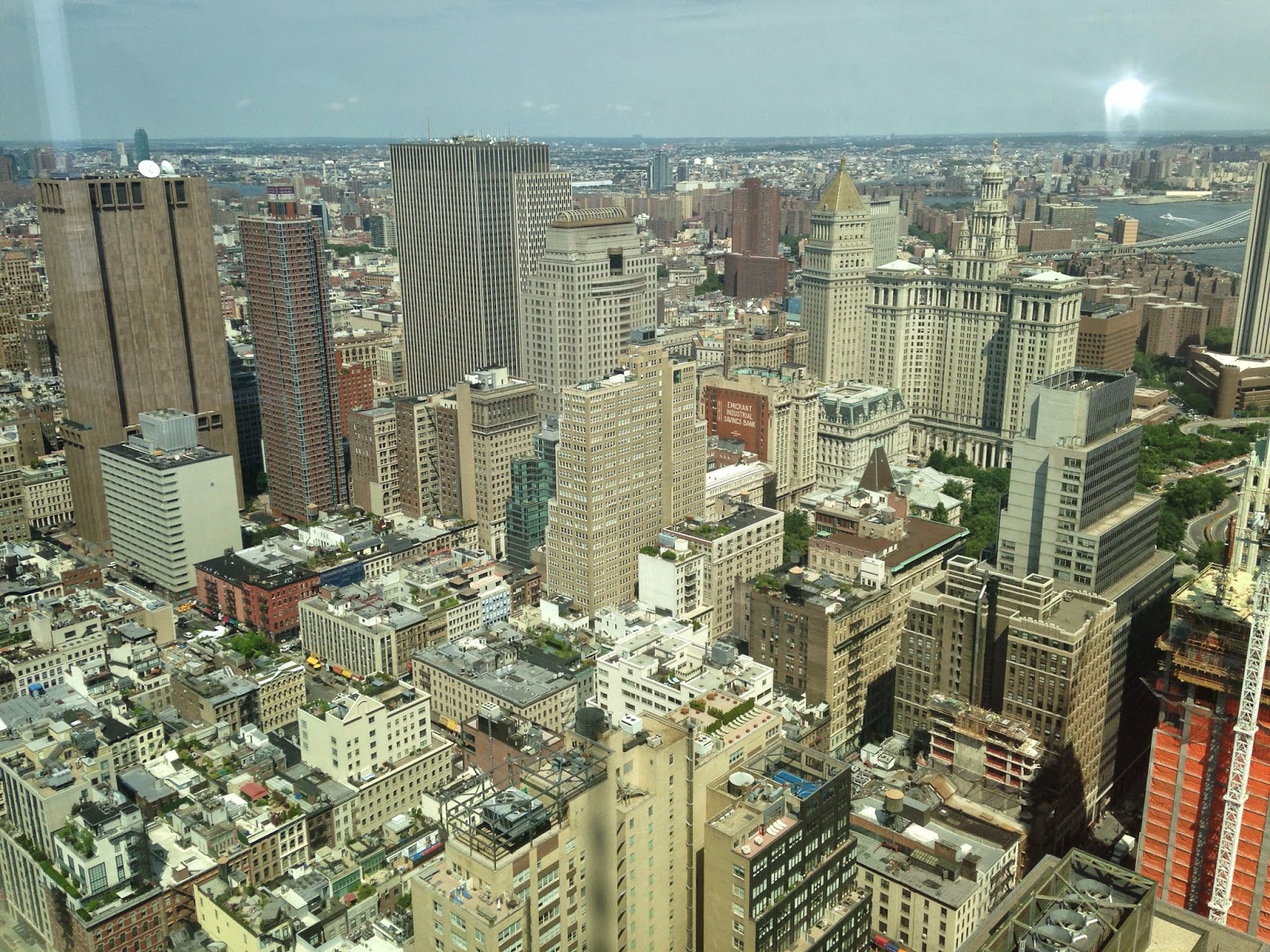 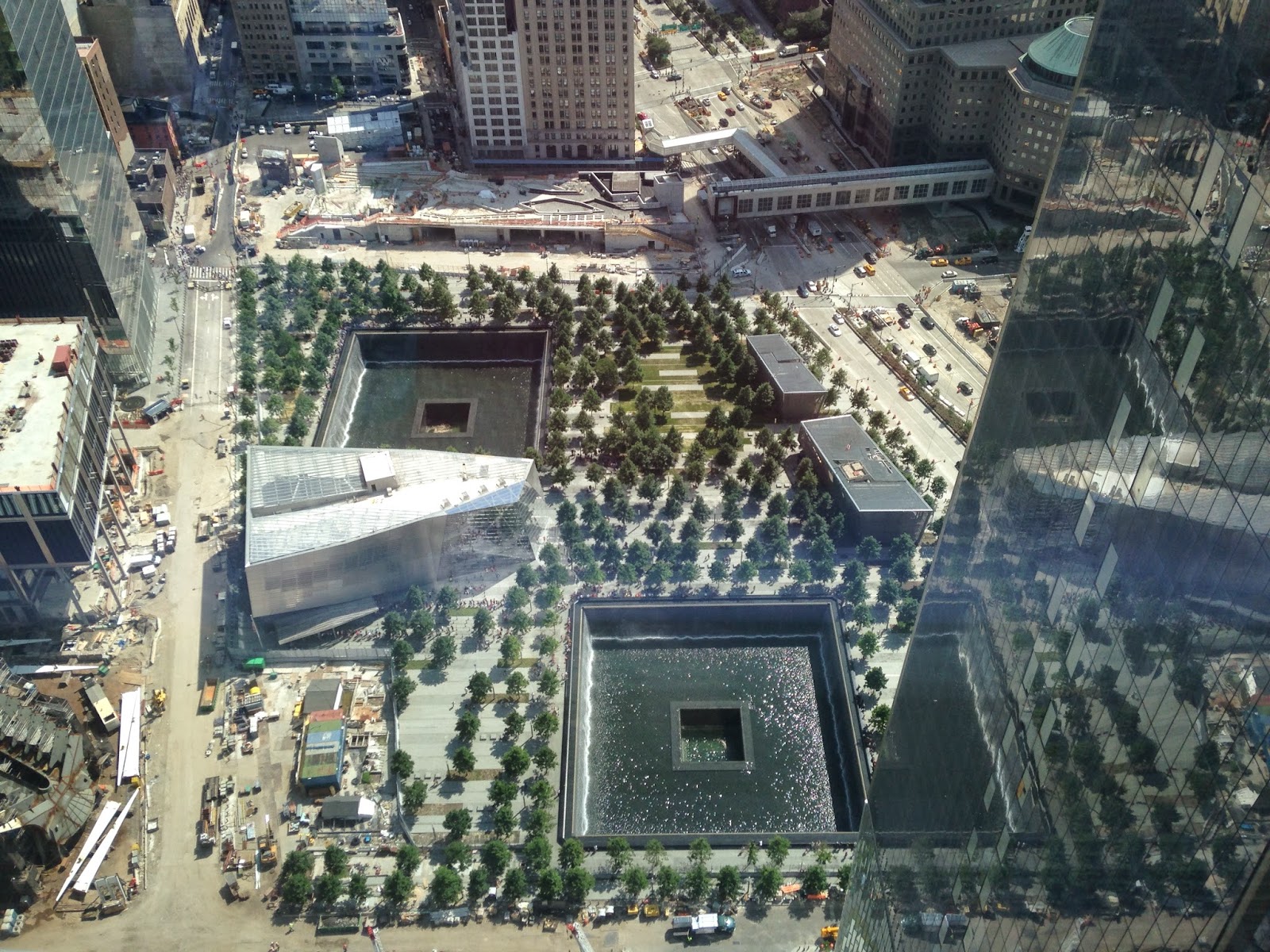 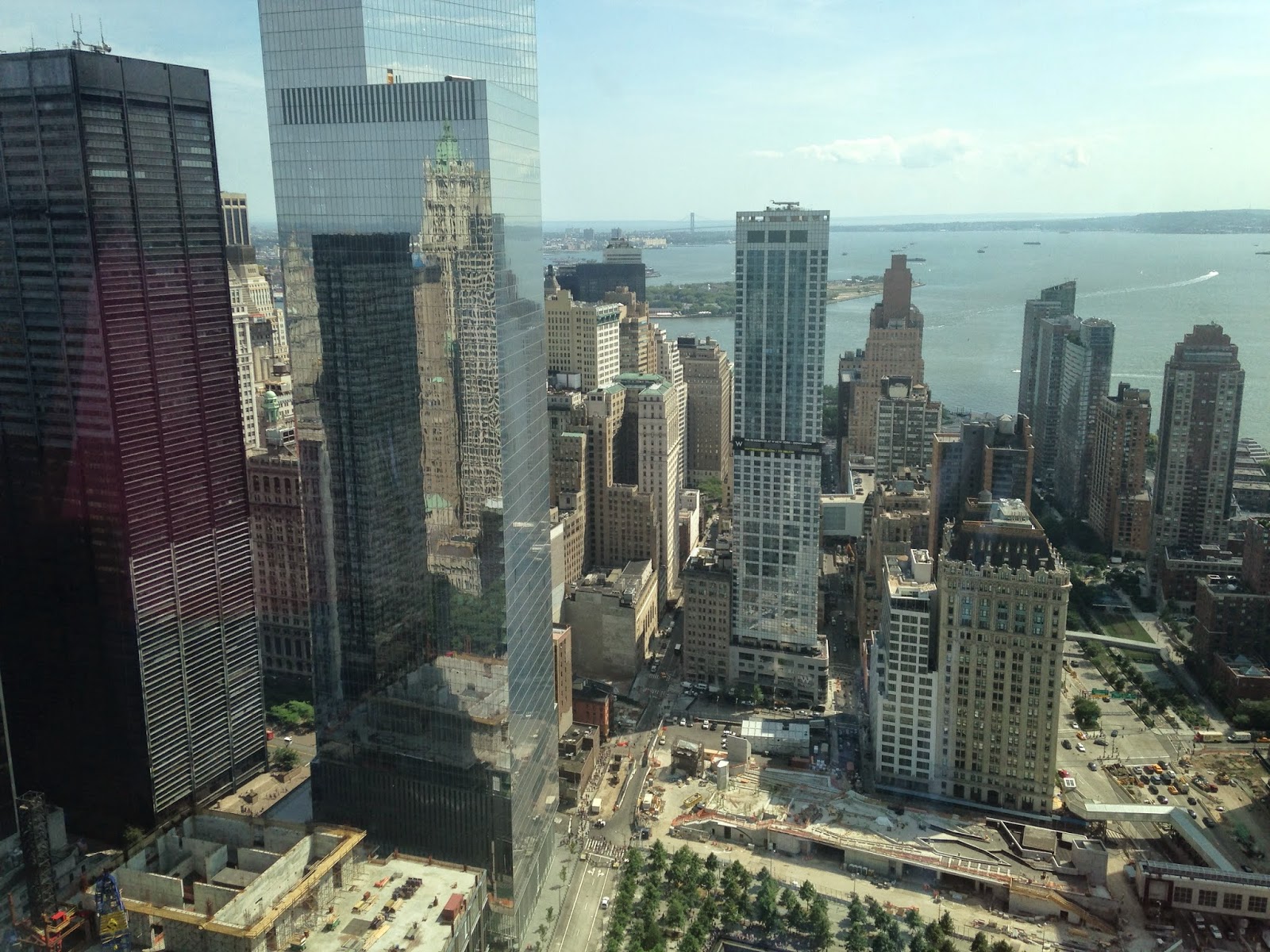 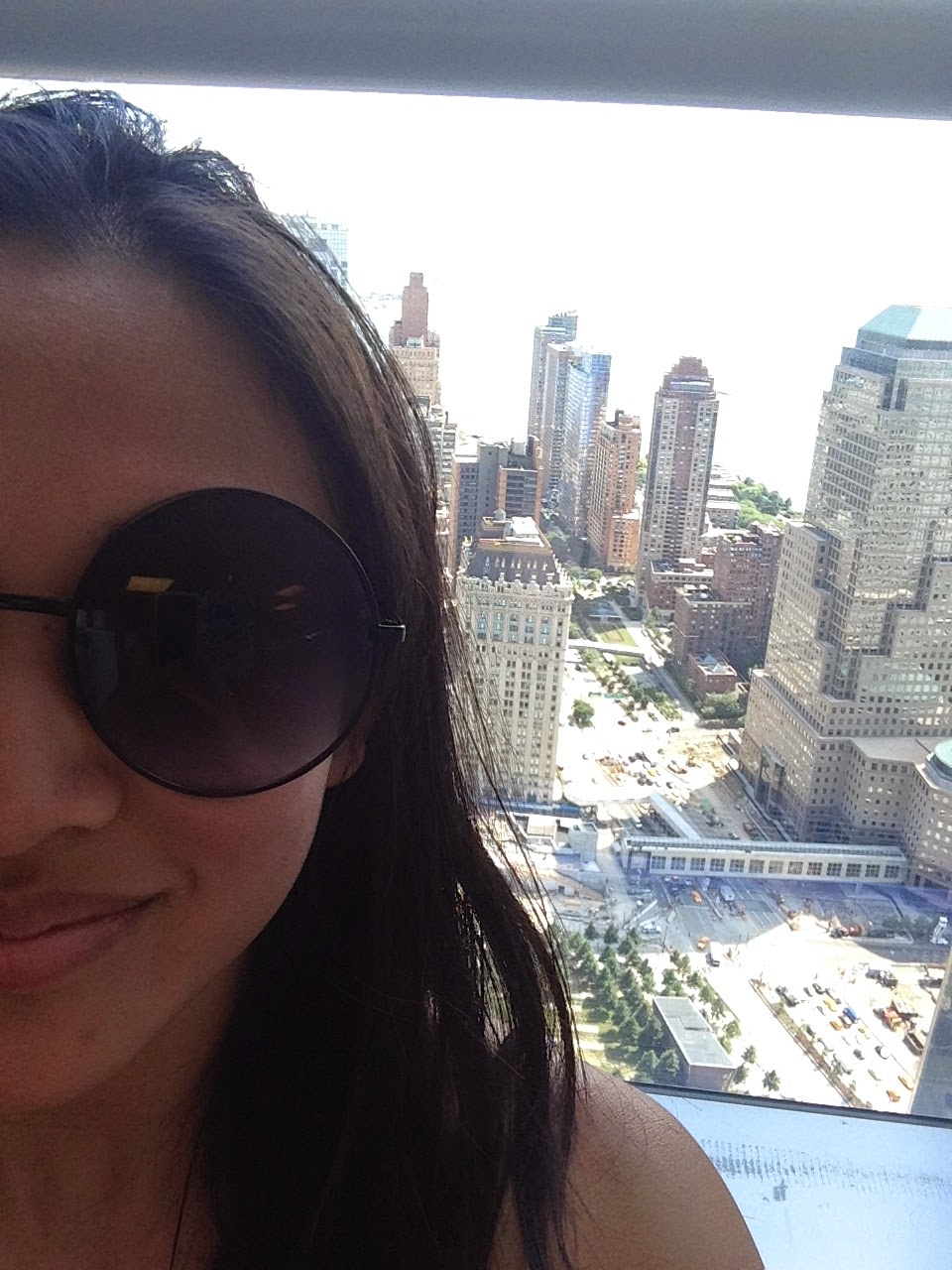 11. I overheard a little nugget from a local that The Rockerfella Centre gives you a better view of the skyline than from the Empire State Building. Let me know what you think?

12. Grand Central Station looks exactly like in the movies; it felt surreal to see this it as a functioning train station. (I don’t know why I always thought it was a film set.) 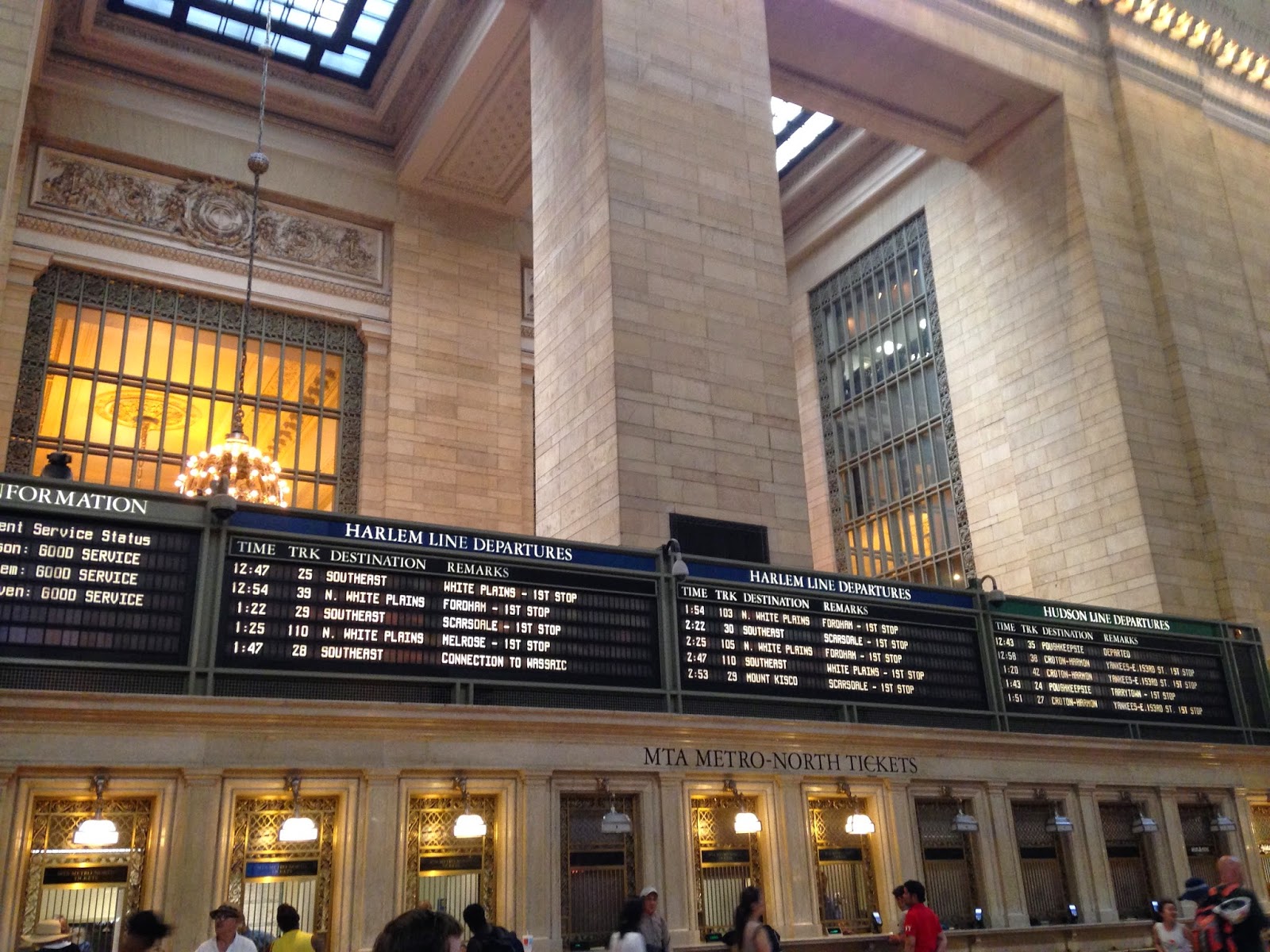 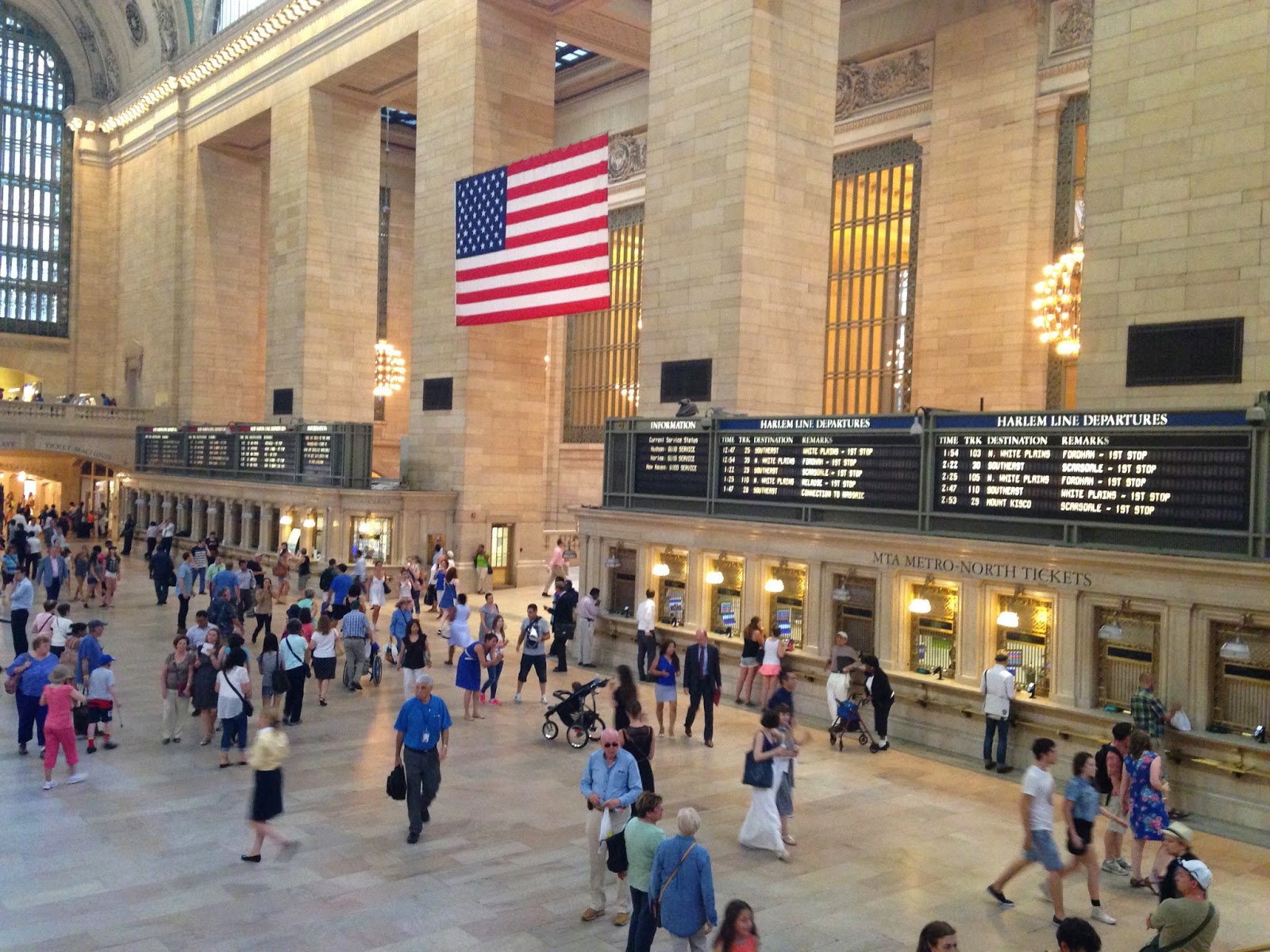 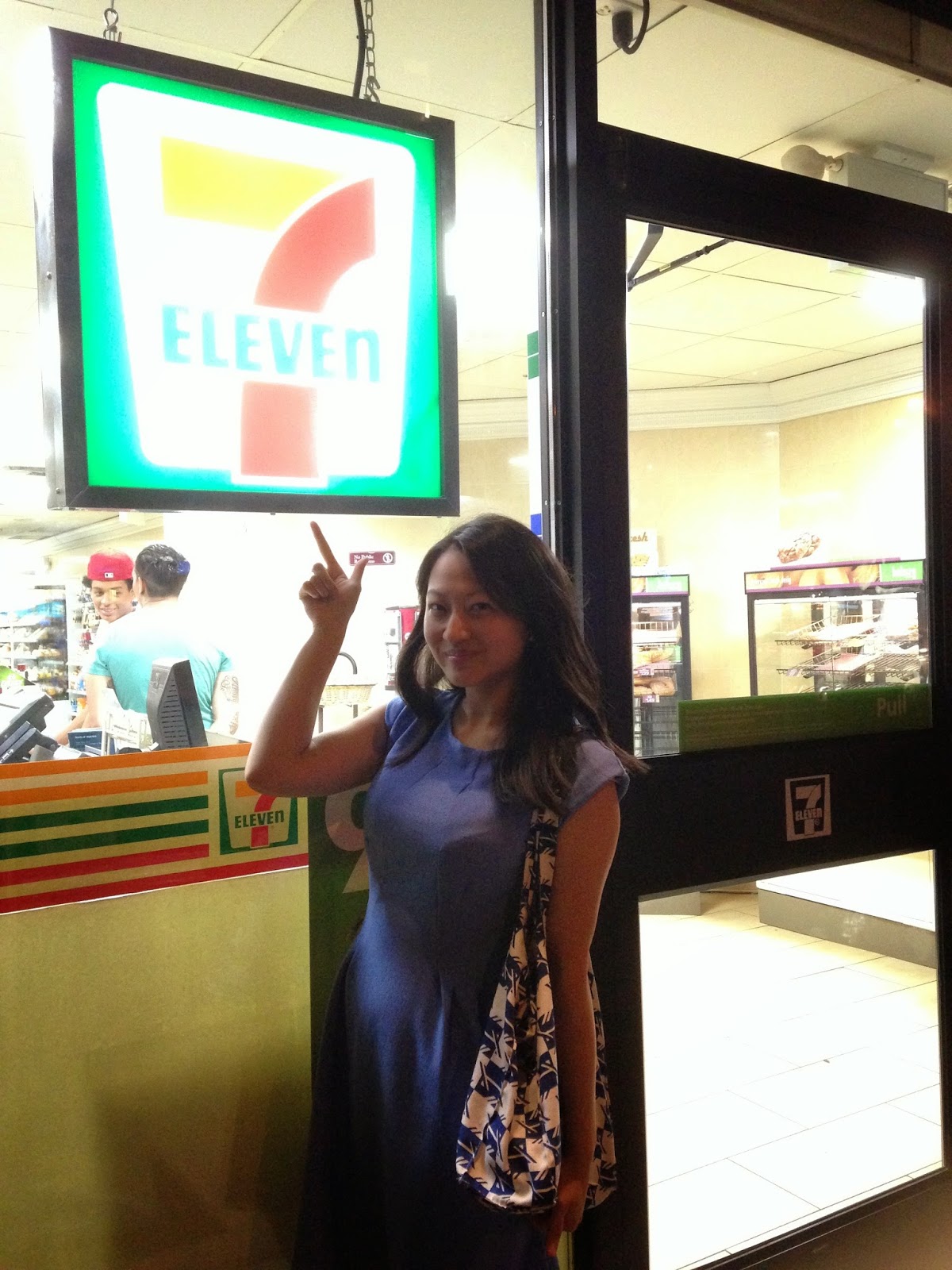 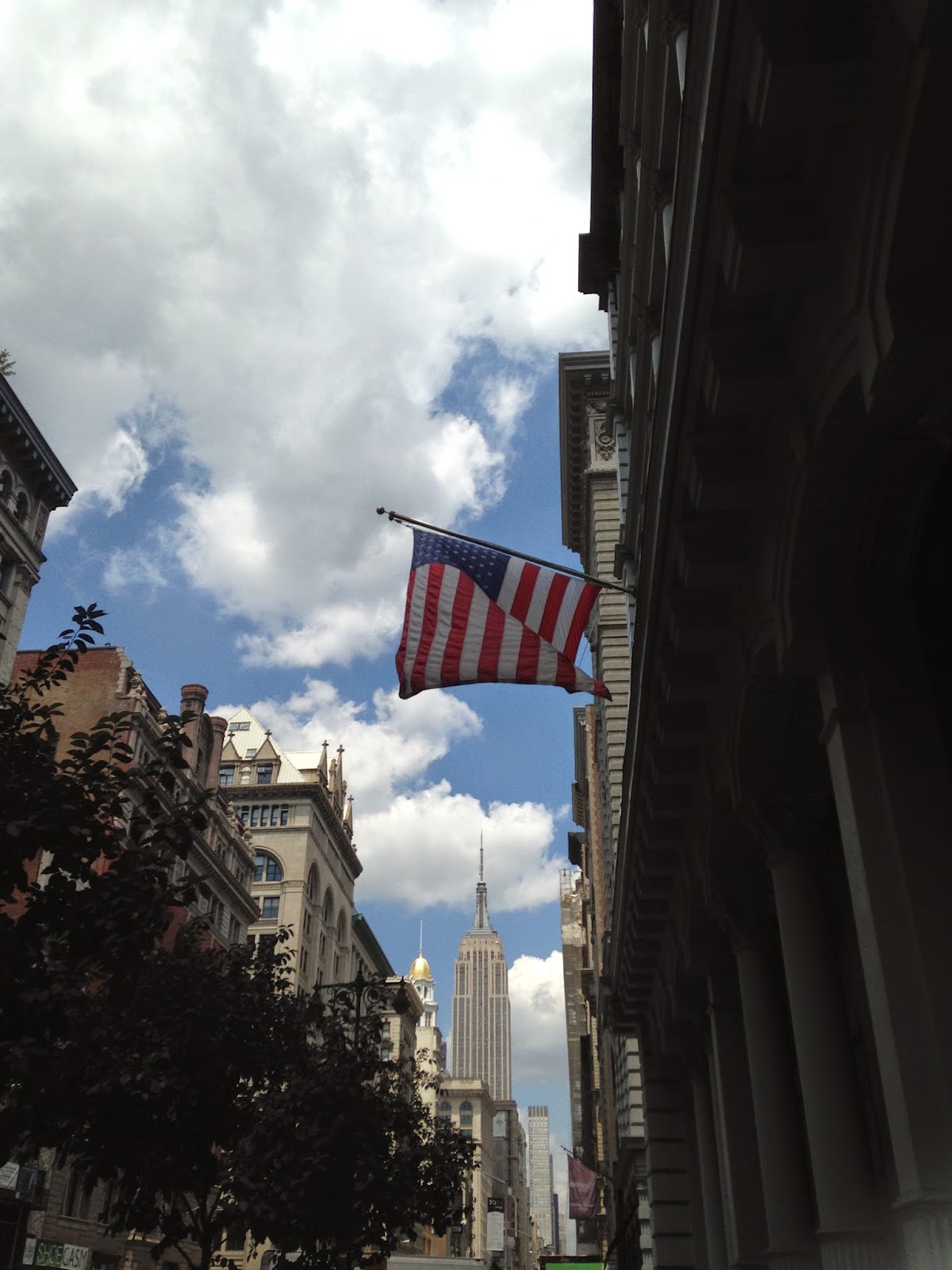 I know. I took a zillion pics (it’s in my genes). There is just too much to do in New York.

And that was just the touristy stuff! (I’ll be writing a post soon on the local gems so watch out for that.)

What’s your favourite spots in NYC? Any hidden gems that I missed?

PS, if you’ve been reading my Blog, you might of noticed that I’ve done a switch-a-roo from Vietnam to New York. Just to let you know, my backpacking adventures will be back very soon. Hasta la vista!